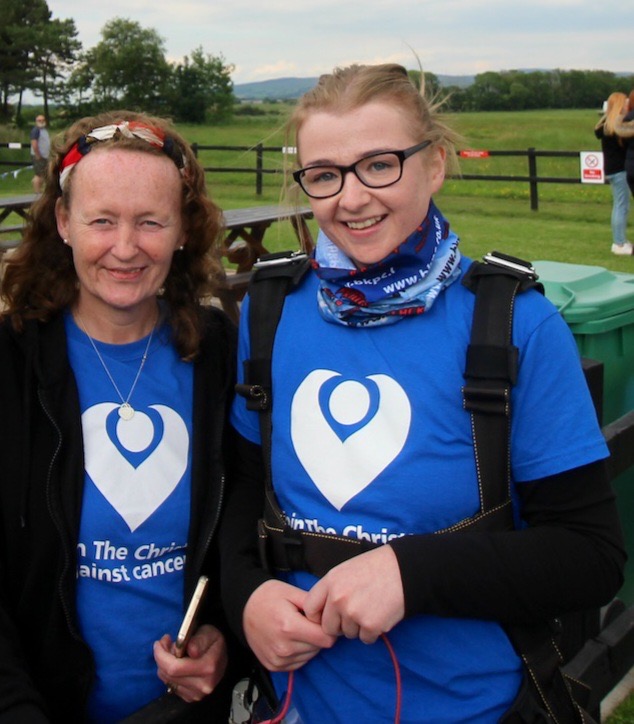 A 26-year-old woman from Irlam is climbing Mount Snowdon overnight on Saturday 25 June to raise money for The Christie.

Johannah Winstanley is doing the epic trek because her mum Christine Ryder, 50 and also from Irlam, is currently being treated for incurable secondary breast cancer at the specialist cancer centre.

“Climbing Wales’s tallest mountain at night won’t be easy but knowing I’m doing it for Mum and The Christie will spur me on,” said Johannah. “The fantastic team there has been treating her for nearly 15 years and this is my way of giving back. We’re so lucky to have such a wonderful facility on our doorstep.”

Christine was diagnosed with breast cancer in 2008. She was in remission for 10 years before being told that the cancer had returned and spread to other parts of her body. She credits her pets for alerting her to the fact that something wasn’t right.

“Mum went to the doctor after our cat, Lucy, lay on a particularly painful bit of her chest,” Johannah explained. “Then, just under 10 years later, she noticed her arm was sore when Ebony, our dog, pulled on the lead. She went in for lots of tests and we received the second diagnosis. Finding out that the cancer was incurable was devastating, but the team at The Christie really couldn’t do more for her. She’s able to have a lot of her treatment at The Christie’s centre at St. Anne’s Hospice in Salford. Having treatment so close to home has made things that little bit easier for her. She’s also taken part in two clinical trials as part of her treatment. These are only possible thanks to charitable donations, so I want to raise as much money as possible to help more families like ours.”

You can sponsor Johannah by visiting:https://www.justgiving.com/fundraising/johannahwinstanley