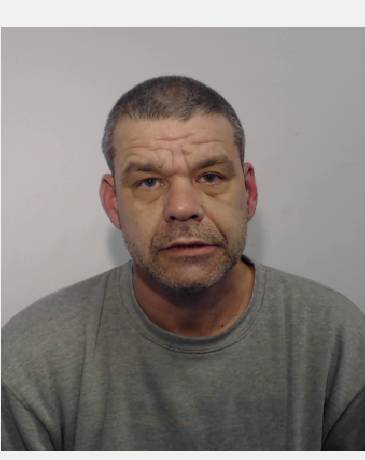 A Salford man who killed his ex-partner after stabbing her repeatedly has been jailed for life.

42-year-old Alison Hunt was murdered in her own home by Vernon Holmes, in January this year,a man she had previously been in a long-term relationship with.

The prosecution told the court how Holmes aged 48 of Caroline Street, Irlam, stabbed Alison repeatedly in the chest, back and neck, leaving her laying in a pool of blood in the hallway of her family home.

Holmes then fled the scene, making off in his red Mini Cooper before disposing of the knife he used to kill Alison.

Officers quickly traced the red Mini Cooper, which was parked outside Holmes’ address and he was subsequently arrested in the early hours of Thursday 17 January.

He maintained “no comment” to all questions put to him throughout police interview and continued to deny killing Alison throughout trial. However today a jury at Manchester Crown Court found him guilty of murdering Alison.

Holmes was subsequently sentenced to life imprisonment with a minimum term of 25 years in prison.

Senior Investigating Officer Duncan Thorpe, of GMP’s Major Incident Support Unit, said: “This is a heartbreaking case in which a young woman has tragically lost her life and I cannot begin to imagine what her family are continuing to go through.

“Holmes denied killing Alison and his cowardice put her family through further agony, but thankfully a jury saw through his lies and he will have to spend the next 25 years behind bars, reflecting on the misery and pain he has caused.

“My heartfelt thoughts today however remain with Alison – a devoted mother who was taken from her family and friends in the most tragic and senseless way. And whilst no jail term can ever bring her back, I hope that today’s sentence provides some comfort to those who loved her and bring them the opportunity to begin rebuilding their lives.”