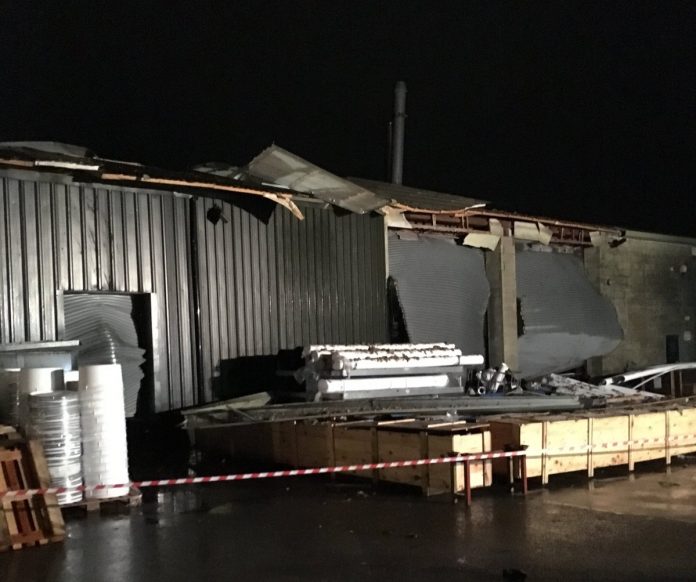 AN investigation has been launched to establish the cause of an explosion that took place in Littleborough on Wednesday evening.

Fire crews from across Greater Manchester mobilised to the scene in Todmorden Road, Littleborough following reports of an explosion at Corrosion Resistant Products (CRP) Ltd around 6.00pm.

The blast was heard across the local area and was so intense that it affected the structural integrity of the building.

At the time of the call it was believed there were people inside but following the arrival of crew and an initial search of the area everyone was accounted for in an adjacent building.

Group Manager Jon Aspinall, who managed the incident, said: “This was a tricky incident that posed a number of challenges to firefighters, the main one being some potentially hazardous materials as a result of the explosion and fire.

“While this was a fairly minor explosion, there was risk that there could be a leak of toxic fumes from the plant. Thanks to our Hazardous Materials and Environmental Protection Officer (HMEPO) we monitored this until we were happy it was at a safe level before reducing the cordon and handing the incident over.”

Jon, who is group manager for the Bury, Oldham and Rochdale area, praised firefighters for their work at the scene.

“Again our firefighters have delivered when their community needed them the most. Their professional and efficient work at this incident allowed us to get it under control quickly and prevent further damage to the local community.”