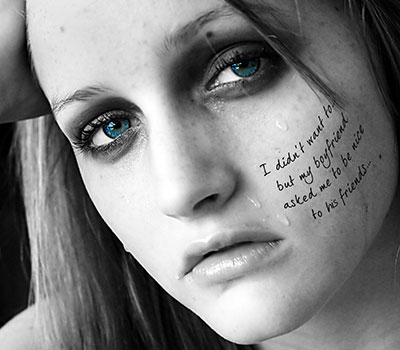 Children who regularly go missing from home, school or care will be invited to take part in an innovative radio project designed to raise their aspirations, provide training and skills, and challenge their risky behaviours.

Tony said: “Children who go missing may be at significant risk from harm and exploitation. Young people listen to other young people and we must give them a voice when designing solutions to tackle issues affecting them.

“This project will give young people the opportunity to explore the reasons and risks behind going missing, and use their radio programme to reach out to others who may be in a similar position.”

Once their time with the project is over, those taking part will be encouraged to make further positive changes in their lives by volunteering at local youth projects, staying on at Unity as a volunteer, or access further education and training opportunities.

Julian Guest, one of the Directors of Unity Radio, said: “We are thrilled to be working in partnership with GMP on such an inspiring project, which aims to improve the lives of some of Greater Manchester’s young people. As a community radio station with a massive amount credibility with our young audience, Unity Radio offer a unique and powerful alternative to traditional youth interventions and have a track record of delivering positive impacts.”

Unity Radio will forge relationships with other agencies – such as schools, children’s services, missing from home teams, children’s charities – to help with referrals in and out of the project, and to ensure the young people involved work towards positive outcomes in all areas of their lives.

In 2014, Ann Coffey published her Real Voices report. Requested by Tony Lloyd, the report looked into child sexual exploitation in Greater Manchester. The report drew made links between child sexual exploitation and children going missing. 95% of children flagged as being risk from CSE had gone missing at least once. While not all children who go missing are sexually exploited, the risks do increase.

Children who go missing may be vulnerable to issues such as child sexual exploitation and radicalisation, and are more likely to be involved in criminality, either as a victim or offender, sometimes as a result of being exploited by criminal gangs.

As well as putting themselves at significant risk from harm, children who go missing place a huge demand on policing and other agencies. Between January and November 2016, 4,000 children in Greater Manchester went missing in 16,000 reported incidents.

Two teenage boys critical after car they were in smashed in taxi after police...