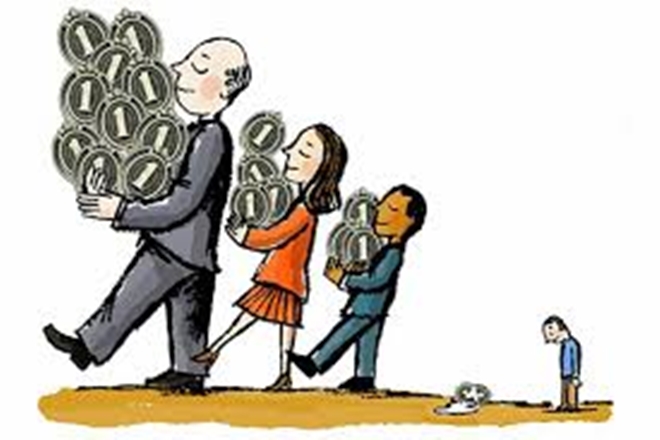 The warning comes as the Think Tank Institute for Fiscal Studies  formally launches the most comprehensive scientific analysis of inequalities yet attempted.

In a review chaired by Nobel Laureate Professor Sir Angus Deaton the think tank will describe inequalities – in income, wealth, health, social mobility, political participation and more, and  to understand what causes them and to offer concrete policy proposals to tackle them.

“In much of the rich world, where one or more of politics, economics and health are changing in worrisome ways. If working people are losing out because corporate governance is set up to favour shareholders over workers, or because the decline in unions has favoured capital over labour and is undermining the wages of workers at the expense of shareholders and corporate executives, then we need to change the rules.’

The accompanying report finds that income  inequality in the UK is high by international standards. Of other major economies, only the US has higher income inequality.

Nevertheless, inequality in total net household income has changed little since rising sharply in the 1980s.

This is true despite the fact that household earnings inequality has risen.

Our system of state transfers – especially tax credits – has been very successful at mitigating rising inequality.

Deaths from suicide, drug overdoses and alcohol-related liver disease have been rising among middle-aged people in England – similar to (though on a smaller scale than) what has happened in the US since the turn of the century, where the trend has been shown to be concentrated heavily among the lower-educated population. In the UK, this new trend has contributed to a small rise in middle-age mortality overall in the last few years, bringing to an end decades of continual improvement.

Family environments differ widely and are diverging. The proportion of people on high wages who live with a partner rose between 1994 and 2015, but among people in the bottom fifth of wages it declined by up to 20%. About one in six children in the UK are born to single parents – a phenomenon that is heavily concentrated in low-income and low-educated families, and is significantly less prevalent in continental Europe.

Women’s employment has risen dramatically from 57% in 1975 to 78% in 2017. But whilst white British women have nearly closed the employment gap with men, Pakistani and Bangladeshi women are half as likely to work as men of the same ethnic group.

The gender hourly wage gap is strongly associated with childbirth and rises from less than 10% at the point of childbirth to 30% 12 years after the first child is born. This reflects an extraordinary lack of earnings progression for mothers, particularly those who work part-time.

The report also considers some potential causes of current levels of inequality, including the hollowing out of the jobs market and the dramatic decline in union membership, from more than half of employees in 1980 to fewer than a quarter today (with just 13% of private sector employees now in unions). The review will look at these alongside the effects of globalisation, technological change, increased market power for some firms and changing family environments. It will consider a very wide array of policy interventions.

‘I can’t think of anything more important than understanding what drives the inequalities we see today and working out what we might do to influence them. Everything from early childhood education to the regulation of “big tech”, from the design of the benefit system to the effects of globalisation, from the role of men and women in the home to the design of corporate governance, matters for producing the outcomes we see. We will be examining them all.’