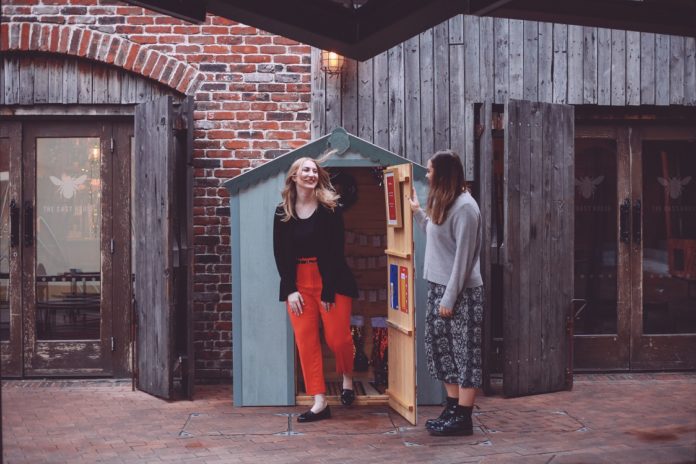 The Oast House in Manchester is spreading festive cheer across the city by inviting members of the public to open the doors of its human-sized advent calendar, as it aims to donate 50 meals per-day from 1st to 24th December to vulnerable people this Christmas.

Every time the door is opened on the 15ft squared calendar at the Spinningfields-based bar and restaurant, it will trigger the donation of a meal to Mustard Tree, a charity helping people facing poverty and homelessness in Manchester via Foodinate.

Dubbed “DecemBeer”, the advent calendar will be stocked daily with a range of festive drinks, limited-edition merchandise and treats such as must-have tickets to UEFA Champions League knock-out matches, Ladies’ Day at Ascot and The Edinburgh Festival Fringe. As well as generating a charitable donation, visitors can open the doors free-of-charge to also receive a complimentary gift.

Foodinate, a charity that works with restaurants across the city to donate meals to local people in need and supports Mustard Tree, thinks the advent calendar will help raise over 1,200 meals.

Caroline Stevenson, Founder of Foodinate, said: “The aim of the Oast House’s human-sized advent calendar will provide enough food to cover around one-weeks’ worth of meals for people living below the poverty line. The cold winter months are especially difficult for those in need and the extra meals will be massively appreciated.”

In addition, as part of the partnership with NSTR, visits to the human-sized advent calendar during the first few days of December will also see hundreds of more traditional-sized advent calendars donated to Wood Street Mission, a charity supporting low income families across Manchester and Salford.

Danny Leach, General Manager of The Oast House, added: “Advent calendars have become hugely popular and a real celebration of sharing and gifting. We are keen do what we can to extend this to people who are less fortunate. We want as many people as possible to visit the giant advent calendar and open the door each day to help spread Christmas cheer.”

The Oast House’s human-sized advent calendar will be open from 12pm each day from 1st to 24th December, whilst stocks last. It is free-of-charge and visitors opening the door of the calendar will receive complimentary gifts as part of NWTC’s ‘DecemBeer’ celebration, such as limited-edition craft beers, merchandise or tickets to some of the North’s best events, while each visit will also generate charitable donations.

Greater Manchester’s Libraries to transform into the world of Alluriat