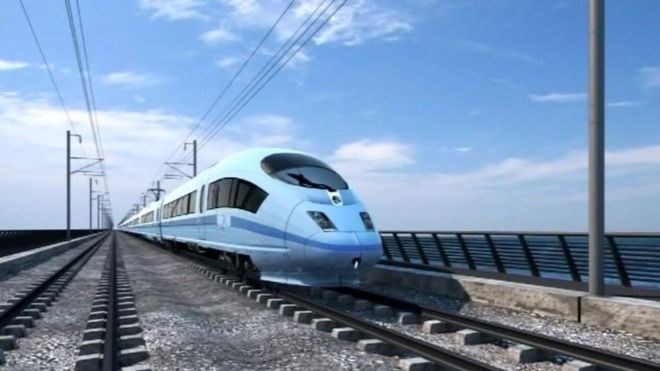 The High Speed 2 (HS2) rail line will deepen the regional divide and should be shelved in favour of investments across the rail network, especially in the north of England, according to a report published by New Economics Foundation (NEF) today.

The report shows that the 40% of projected ​‘passenger benefits’ that HS2 Ltd say will flow to London would, even compared with the most extreme scenario of London-centric growth, run significantly ahead of the capital’s share of national gross value added, which in 2017 was 23.1%.

The report analyses a range of rail schemes across the existing network and recommends that, for a similar sum of investment as is currently earmarked for HS2, government could improve journeys in all regions and nations and ease overcrowding, especially in the north of England.

The report also highlights that the links to the northern cities through HS2 could be at risk. The current budget for HS2 is around £56 billion, which is the maximum the government has stated it will make available for the project.

However, only phase 1 to Birmingham has formal Parliamentary consent and is already showing signs of overspending. If costs escalate, as two recent leaked reports have suggested, then the second phase of the line linking in Manchester and Leeds could be in jeopardy. The cost estimates for the line have already inflated by more than two-thirds in real terms, from £33.3 billion in 2011 to £55.8 billion in 2017 (in 2015 prices), since the scheme was first appraised in 2011.

The report proposes that a National Rail Investment Fund is established to pump much needed capital into the existing network and redress the four-to-one regional imbalance in transport spending between the south and north of England.

NEF estimates that a package of £55.2 billion spent over the next 10 years, including £18.9 billion for the north of England, would help commuters, speed up long distance journeys, cut carbon emissions and bring benefits to many regions that won’t be served by HS2. It also argues that hat government should bring forward a comprehensive strategy for the railways that prioritises improving journeys for the majority, the creation of good, unionised jobs and carrying more freight.

The alternative package set out in the report includes the electrification of much of the northern rail network and the reopening of the trans pennine Woodhead line between Manchester and Sheffield to provide a fourth east-west link in the north.

The authors also suggest a Bradford Crossrail, to link the two lines that terminate in Bradford and put the city at the epicentre of northern rail and full electrification of the midland and great western lines as well as the creation of more four track sections on the three core, north-south mainlines and of bridges to take slower, regional lines over intercity lines to speed up long distance journeys

The report also calls for data on passenger flows across the UK network and the rail handbook used to forecast future trends to be released publicly. Both are currently owned privately due to the way the UK franchises the operation of the railways to private companies, with only average snapshots being released publicly by the Department for Transport.

Andrew Pendleton, Director of Policy at New Economics Foundation and one of the report’s authors said:

“Investment in the UK’s railways is urgently needed, but HS2 is trickle-down transport policy. It will be used by the wealthiest travellers, intensify the north-south investment divide and is a standalone project that simply does not integrate well enough into the existing network. It’s an expensive answer in search of a question.

“In the context of Brexit, we need a bold new strategy that brings the railways and the rail industry back to the heart of the economy and to the many towns and cities that desperately need better transport links and more investment. This will cost money — perhaps more than the government currently plans to spend on HS2 — but it will bring real benefits to millions of travellers and to lots of left-behind places and will also help rebalance the wider economy.”

Oldham College is today launching the countdown to the festive season with the release...