In the UK every year, more than 38.8 million working days are lost due to work-related illness or injury. The wearing of personal protective equipment can help to mitigate against this problem, particularly in work environments where the dangers are acute. Creating a culture where such equipment becomes second-nature isn’t always straightforward, but the rewards that it yields can be significant. But how do you persuade workers to wear PPE? Let’s consider a few strategies.

It’s all-too common for an employer to wait for disaster to strike before clamping down with draconian measures. Though you might grant exemptions for the use of hard hats on religious grounds (observant Sikhs, for example, might go without), it’s better to create a culture where everyone uses them than to wait for an avoidable accident to make the case for you.

Of course, not all cases are as clear-cut as that of hard hats, and so passing down a hard-and-fast rule can sometimes generate resentment where none is necessary. For this reason, it’s sometimes better to take an approach which focuses on positive reinforcement.

Be Positive About It

Monitoring the use of PPE, and dispensing praise to those who wear it, has been shown to have a positive effect on uptake. You might also listen to the concerns of those who fail to wear PPE – often, those concerns can be valid, and you might have no other means of addressing them. The most common complaints concern the PPE getting in the way of the job.

Protective goggles that fog up aren’t much good to a worker who needs to see what they’re doing. Hard hats that don’t fit snugly are going to be a distraction, and not all that effective. When boots fit, and are comfortable, they tend to offer much greater protection. Make sure that you collect feedback from your employees about what works and what doesn’t, and don’t invest heavily into a particular brand until they’ve proven their worth. Having done so, you’re sure to see greater adoption. Workers come in a range of shapes and sizes; so too should the PPE they wear.

Getting the message across often requires constant reinforcement. This should come not just in the form of verbal reminders, but of prominent and visible signs suggesting (or demanding) that workers wear their PPE. Signs of this sort should be placed on the way into particularly hazardous areas.

Providing your staff with instruction on how, and why, to wear their PPE will persuade them that doing so is worthwhile. It might also allow them to wear their PPE more effectively – incorrectly worn PPE can often be as damaging as no PPE at all. 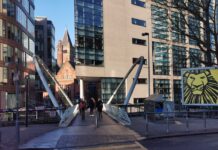 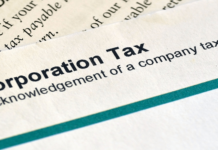