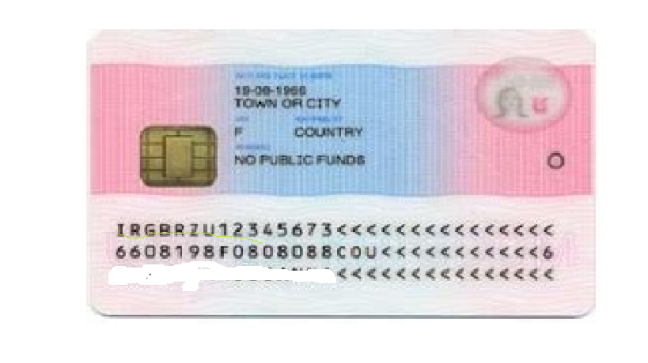 People who have No Recourse to Public Funds (NRPF) describe feeling “helpless” and “invisible” as they struggle to survive without support, according to a groundbreaking report from Citizens Advice.

No Recourse to Public Funds is a condition attached to work, family and study visas which restricts access to much of the welfare safety net for almost 1.4 million people, including around 175,000 children. This includes vital benefits like Universal Credit and child benefit and a range of other support like homelessness assistance or access to refuges that rely on public funds to operate.

People with NRPF are locked out from support when they need it, despite their contributions to the UK’s economy and society. Over half of people with NRPF are in work and a further 31% are studying. Many have lived in the UK for more than five years and are building their life here. Almost a quarter of million of those in work are key workers, in professions like healthcare, social work, social care or transport.

The first ever representative survey of people with No Recourse to Public Funds reveals some of the heart-breaking challenges people with NRPF face with little or no help from the benefits system. Many have been pushed into crisis by the pandemic, others struggle with low pay or insecure work.

People with NRPFare four times more likely to be behind on at least one essential bill with rent, utilities and council tax the most common bills missed.

Almost half  reportliving in overcrowded accommodation and 1 in 5  have experienced homelessness or housing insecurity.

Three-quarters have suffered from at least one negative consequence of having NRPF, including not being able to feed themselves or their family, or afford clothing and footwear appropriate for the weather.

1 in 4 already can’t afford to heat their homes. With big price rises now kicking in for fuel bills, many more are likely to face impossible choices this winter.

Amanda Gibson, an advisor who works with people with No Recourse to Public Funds at Citizens Advice Sheffield, said:

“Since the pandemic hit, we’ve seen more people who’ve lost their jobs and are now facing a situation they never imagined they would.

“But the cruelty of the NRPF policy is that it can hit like a hammer-blow anyone who’s subject to the restriction. It limits so many people’s life chances.

“I’ve spoken to people who were in tears because they have to share a bed with their children as they can only afford one duvet. Or women experiencing domestic abuse, who can’t access refuges. Or older people who’ve walked across town in the middle of winter in sandals to try and get some help.

“And the sad reality is that, with the rules how they are right now, any help they can get is so limited.”

“The welfare safety net should be there to protect all of us when we fall on hard times. Yet every day, up and down the country, Citizens Advice advisors are trying to find help for people for whom this help is just not available.

“Many people who are subject to No Recourse to Public Funds have lived in this country for years. Many are the key workers who kept the country going during the pandemic. Yet despite all of the contributions they make, they are locked out from support when they need it most.

“With a cost of living crisis looming, people with NRPF face a precipice with no safety net. It is time for the government to look again at this unfair and deeply harmful policy.”

Karnage at the council budget meeting

Jailed for five years after glassing victim in Prestwich pub