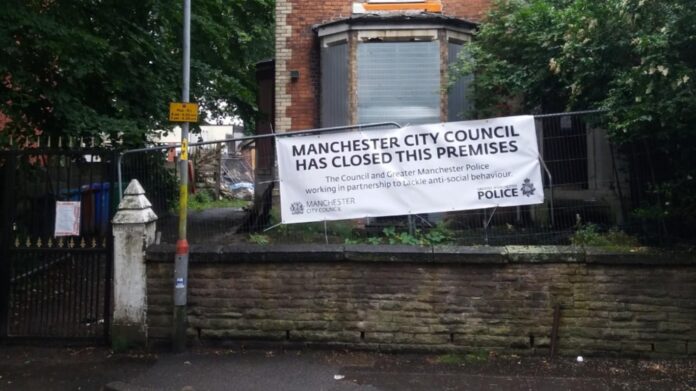 A property in Crumpsall linked to possible violence, drug supply and exploitation of women has been closed down, with a three-month ban placed on anyone returning to it by Manchester Magistrates Court

For years a large private dwelling in Seymour Road has been a blight on the community. Residents frequently complained that its owner, Abdul Raza Saddiqui, 52, of Parkhills Road, Bury, was failing to maintain the premises as well as prevent its use for criminal activity.

Greater Manchester Police have responded to at least 86 phone calls since 2014 relating to issues at the property, serving as a significant drain on resources for both the police and Manchester City Council.

Evidence of drug use and possible links to exploitation and drug supply had been found during police and Council visits.

In April of this year following a report of a fight at the premises, Council and police officers attended to find a woman, believed to have been at risk, who was then provided with emergency accommodation and support. During this intervention a man from the Czech Republic was arrested after it was discovered he was wanted on a European arrest warrant linked to crimes in his home country.

In response to the owner’s failure to manage the property effectively and responsibly, the Council made its application and a Premises Closure Order was granted by Manchester Magistrates Court on July 2, following a two week adjournment. Saddiqui represented himself at the hearing.

The premises are now closed for three months, with it being an offence punishable by imprisonment for a period of up to 6 months, an unlimited fine, or both, if anyone other than the owner or employee or agent acting on behalf of Manchester City Council, or the emergency services, enters. If the longstanding issues are still not addressed the Council has the authority to extend the order by a further three months.