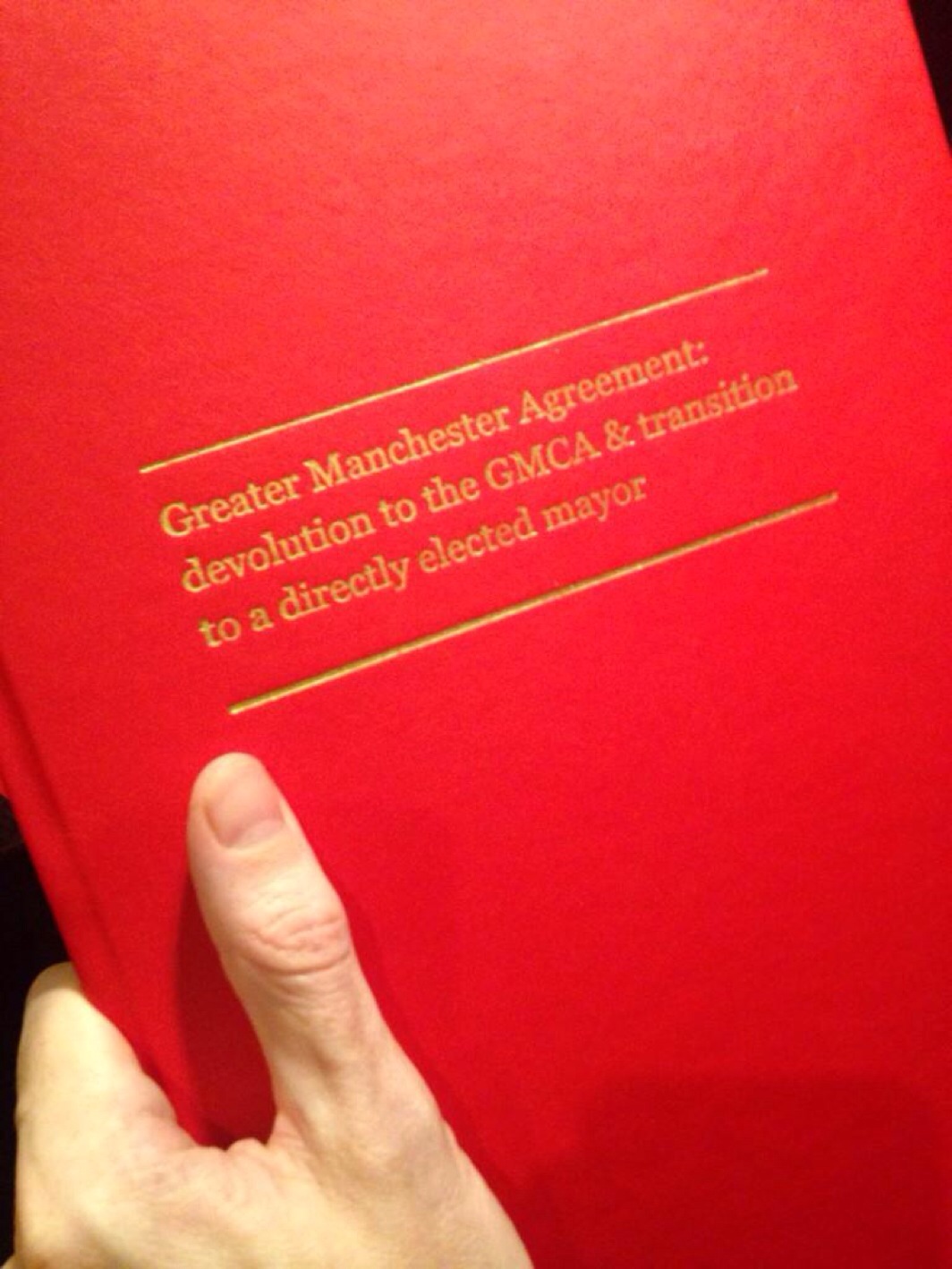 Greater Manchester will be granted powers over their own affairs, including trains, roads, schools, science and housing

The Chancellor, George Osborne, has announced the new deal for the region but the price of getting the deal will be an elected mayor representing all ten local authorities.

The deal will include responsibility for local transport, with government providing a longer-term budget to enable better planning and a more co-ordinated transport strategy.

Subject to local consultation, there will also be franchising of bus services, in a similar model to London, with Greater Manchester controlling franchises, service routes and frequencies and fares.

Greater Manchester will commit to introducing an Oyster card-style smart ticketing system which can be used across all modes of public transport across the region.

There will be devolved planning freedoms, including the power to create a statutory spatial strategy,,in line with the framework already being developed by GMCA – which will guide investment and development across Greater Manchester .

The region will get control of a new Housing Investment Fund of up to £300m which will deliver an additional 15,000 homes across Greater Manchester over a 10-year period.

Control of a revamped earn back deal, which allows GMCA to be paid by results as investment in infrastructure improvements will allow Greater Manchester to be ‘paid back’ up to £30m a year over a 30 year period.

Under the reformed deal, the complicated formula under which this was calculated will be scrapped to give more certainty and larger investment opportunities. This will enable the Metrolink extension to Trafford Park to go ahead.

Meanwhile an elected Mayor will lead GMCA, chair its meetings and allocate responsibilities to its cabinet, made up of the leaders of each of Greater Manchester’s 10 local authorities. The first Greater Manchester Mayoral elections are expected to take place in 2017.

The existing Police and Crime Commissioner’s role will also be merged with the Greater Manchester Mayor’s role.

George Osborne said:”This is a massive moment for the north of England and our plan to build the Northern Powerhouse. After several months of private discussions with local representatives from all three parties, I have reached agreement with the civic leaders of Greater Manchester to create the first metro-wide elected mayor outside of London. This will give Mancunians a powerful voice and bring practical improvements for local people, with better transport links, an Oyster-style travelcard, and more investment in skills and the city’s economy.

“I want to talk to other cities who are keen to follow Manchester’s lead – every city is different, and no model of local power will be the same.

“The Northern Powerhouse is becoming a reality. We plan to make major investments in northern transport and science, now we have agreement on the first metro area Mayor. This is what we’ve achieved in just a few months. Giving cities power is part of our long term economic plan to reduce the decades-old gap between north and south, London and the rest.”

While leader of Manchester City Council Richard Leese said that:

We are extremely pleased that we can now demonstrate what a city region with greater freedoms can achieve and contribute further to the growth of the UK.

“Our ultimate ambition is for full devolution of all public spending in Greater Manchester, currently around £22 billion a year, so that we either influence or control the whole amount.

“We recognise that this cannot happen overnight and there needs to be a staged approach based on evidence that devolution delivers increased economic growth and better public services. But today’s settlement is a huge move forwards and a road map for the future.”