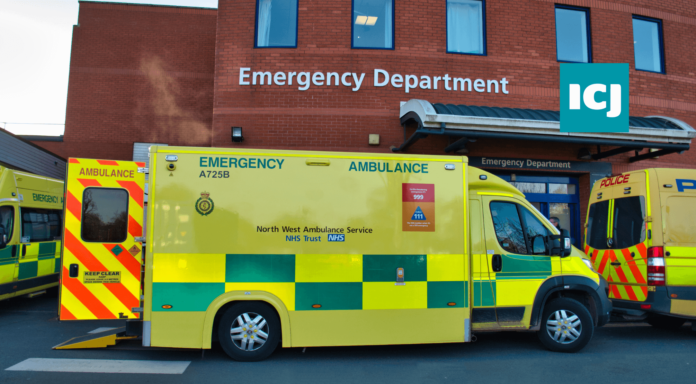 The Liberal Democrats have blasted the Conservative Government for presiding over an ambulance waiting time crisis “spiralling out of control”, as shocking new figures show that patients across the country are facing increasingly dangerous delays for medical help.

A Parliamentary Question tabled by the party’s health spokesperson Daisy Cooper has uncovered the shocking news that people up and down the country, in need of emergency medical attention, are waiting almost twenty minutes longer on average than they would have two years ago.

The Liberal Democrats are calling for emergency action to be taken in the upcoming Queen’s Speech to address the crisis and give paramedics and handlers the support they need. This includes urgent investment in A&E departments and a new Community Ambulance Fund, as well as a review of ambulance station closures across England.

The data shows that none of the 11 ambulance services in England are currently meeting the target set by the NHS of an 18 minute response time to a Category 2 call (those that are classed as an emergency or potentially serious). Instead, eight of the services have an average ambulance response time of more than double that target, and people in every region of England are facing longer waits than they did in 2020.

The situation is so dire in the South West that those who suffer a medical emergency such as a heart attack or stroke (Category 2 calls) have to wait over an hour before an ambulance arrives. This is more than double the length of time two years ago. Meanwhile the average wait for Category 3 calls, which can include women in advanced labour, has reached nearly three hours.

Those patients living in the East Midlands, East of England and North West also face a wait longer than the woeful national average in an emergency, which is already 41 minutes.

“Boris Johnson has broken trust with people again and again, now he is in charge of a system where if you dial 999 you don’t know if anyone will arrive in time. Staff are at breaking point and lives are in danger.

“People up and down the country have been abandoned by the Conservatives in their shocking failure to address long waiting times for an ambulance. Those in rural areas are even being left to wait an hour when they have a heart attack.

“Liberal Democrats have been sounding the alarm for months and months. This issue is spiralling out of control and it’s simply not good enough that Johnson and his Government are turning a blind eye. Ignoring this crisis won’t stop the heartbreaking stories we hear every day of people stranded for hours on end for help that too often comes too late.

“Patients and families across the country deserve better than waiting in pain and distress, or even worse, losing loved ones. After years of driving our NHS into the ground, the Conservatives really need to wake up to this life threatening crisis, make a plan and turn this around.

“We need to see that plan in the Queen’s Speech this Tuesday so that this issue is treated with the urgency it demands.”