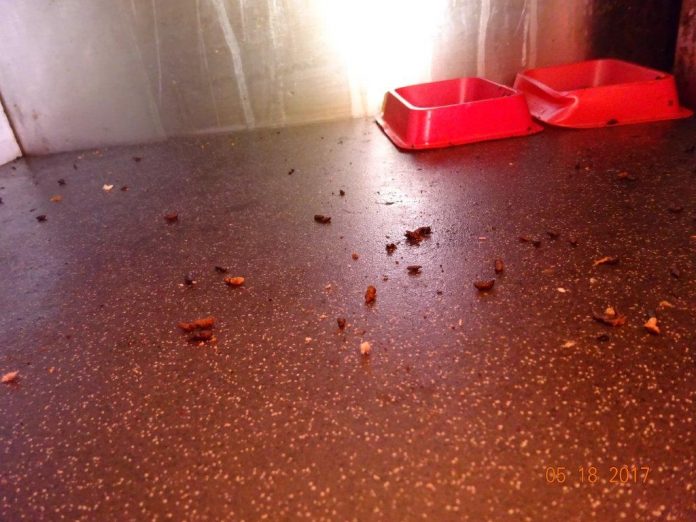 The inspectors visited Creamy Way, Ashton Road on February 7th last year and as well as discovering vermin on the premises they also found no food management system was in operation.

On March 8 at Tameside Magistrates’ Court a representative of Creamy Way Ltd failed to attend.

The company – which specialises in desserts – was found guilty of four offences Under the Food Hygiene (England) Regulations 2006 Act and was fined £5,600 with a £170 victim surcharge and £1,100 costs.

A routine inspection of the Blue Onion, Henshaw Street on 17 May, 2017 found mouse droppings on food preparation/storage surfaces, no hot water at the hand wash basin and no food safety management system in place.

Owner Michael Cattlin pleaded guilty to one offence of having inadequate pest control under and was fined £165, plus a £30 victim surcharge and £1,100 costs on March 8.

When inspectors visited Zamans, on Featherstall Road on May 8, 2017 they found mouse droppings on kitchen surfaces and there was also evidence of rats in rear storage areas.

The former owner Samru Zaman, of Lyndene Gardens, Stockport pleaded guilty to four offences under the Food Hygiene (England) Regulations 2006 on March 15. He was fined £165 with a £30 victim surcharge £300 costs

On March 28 last year a formal sample of minced lamb was purchased and sent for analysis. It was found to contain 20 per cent cow DNA i.e. beef in the sample. The food was falsely described.

UK plants flowering a month earlier due to climate change