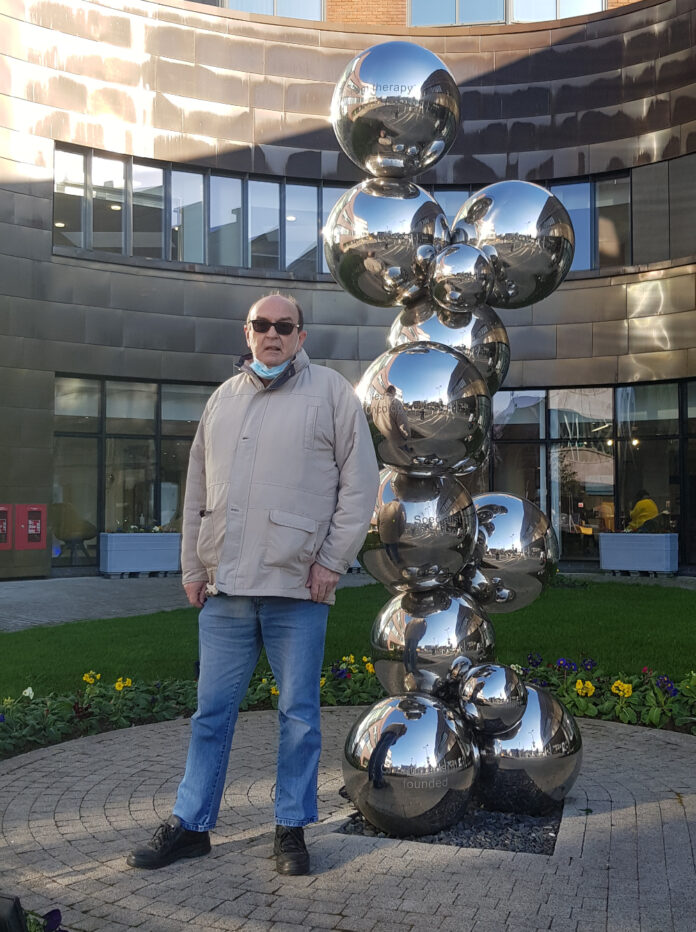 A man who was given just months to live whilst being treated for lung cancer is marking almost five years since he was declared free of cancer.

Bob Berry, now 64, from Hazel Grove in Stockport, was offered the opportunity to take part in a world-first drug trial at The Christie NHS Foundation Trust in Manchester five years ago after cancer spread throughout both his lungs and doctors told him that conventional treatments would be unlikely to help.

Bob was one of the first patients in the UK to take part in this study, which was originally available at only six centres worldwide. The study, which is still ongoing globally, combines the drug with an immunotherapy treatment with the intention to make it more effective. Immunotherapy treatments harness and enhance the innate powers of the immune system to fight cancer.

For the last five years, Bob has visited The Christie every month for drug treatment. Each month he takes tablets for one week before attending The Christie for a drug infusion for a day. He has now had 63 cycles of treatment and scans continue to show he is still completely free of disease.

Bob said: “I first found out I had cancer when I had a scan because I had a pain in my shoulder. My GP said the scan showed a shadow on my lungs so I was referred to my local hospital, where I found out it was a cancerous tumour that needed to be removed.”

Bob had surgery to get rid of the tumour only to find out from tests a few months later, that the cancer was growing and had spread to his lymph nodes and then eventually throughout both lungs. He was given just 12-18 months to live. He was then referred to The Christie where he was initially treated with radiotherapy and chemotherapy but was transferred to the clinical trials unit after gaining little benefit from conventional treatment.

Bob said: “Even the doctors were amazed how well the trial went. When they told me I had 18 months at the most to live I thought I didn’t stand a chance, and I just said to myself “that’s it then.” But drugs have come on so much over the years it’s unbelievable and now, five years later, I’m still going strong. I still have to have monthly treatments but that’s a small price to pay for being given my life back.”

Bob, a retired engineer, is now enjoying life and has extra time to help out with childcare for his nieces.

Bob’s consultant, Dr Matthew Krebs, said: “Bob has had a tremendous response to this treatment with his scans showing no apparent evidence of cancer after five years on the trial. This kind of response, when cancer has spread, is exceptional for patients for lung cancer and we still have much work to do to understand how these findings can help more patients like Bob in the future. Cancer is a complex disease and not every patient responds to treatment in the same way.”

Bob said: “I was given 12 – 18 months to live but I have more than exceeded that and I feel really well and incredibly grateful every day that I was given this chance. At the end of the day, not only has this clinical trial extended my life, but it’s also nice to know that my efforts will help other cancer patients for many years to come. Anyone who is offered a clinical trial should definitely grab the opportunity with both hands.”

Makefest returns to Manchester’s Museum of Science and Industry