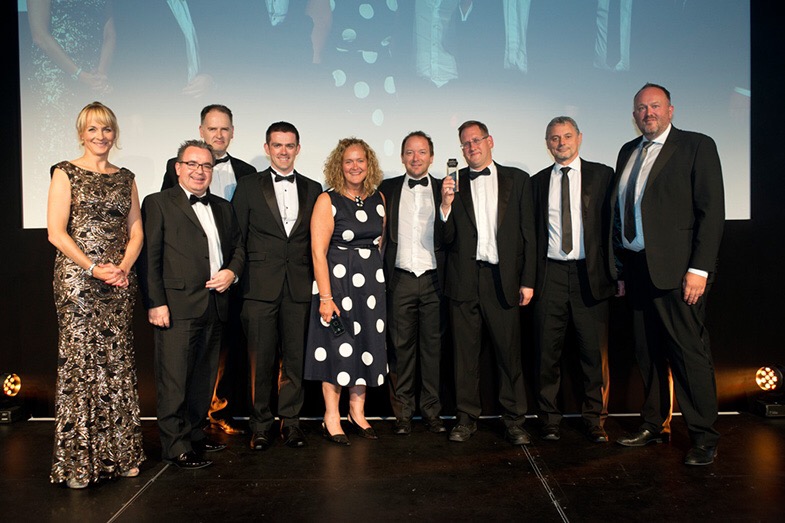 The North West’s first guided busway has scooped its second award in a week, with the latest accolade recognising its contribution to the environment and sustainability.
The 4.5-mile bus-only guideway between Leigh, Tyldesley and Ellenbrook opened in April and has already welcomed more than 400,000 passengers on board.

Hot on the heels of winning the Transport Policy, Planning and Implementation award at the CILT North West Awards, the project’s environmental credentials were recognised with an award for sustainability at the 10th annual North West Construction Awards.

The award recognises organisations that have shown creative thinking to ensure that principles of sustainability are fully integrated in a project.

Sustainability was a central consideration during the design and construction of the busway, and has lived on since it opened, with high-specification, low-emission hybrid buses used on all of its dedicated Vantage services.

During construction, 72,000 tonnes of material from the busway was transferred to a nearby Forestry Commission site to improve soil content.

New trees were planted maintaining the area’s rural appeal and creating green spaces and, as the busway runs between the ponds and fields, the team installed two tunnels under the busway to allow newts to safely pass underneath.

“Creating the North West’s first guided busway was a major feat of engineering, and its services are providing a significant boost for the communities it serves, helping people to access work, education and healthcare more easily than ever before.

“That it has been delivered, and is operating, in a sustainable way is hugely beneficial to the environment and for improving air quality, both of which are absolutely vital for the long-term health of our region.”

Paul Weaver, Managing Director of contractor Balfour Beatty’s North West and the Midlands delivery unit, commented: “The Guided Busway is a fantastic project, and it’s great to see that its success is being widely recognised. This project leaves a sustainable legacy as an efficient, environmentally friendly public transport link. Over 30,000 customer journeys a week are now experiencing the smooth and reliable service on offer.”

Thousands to be tested in parts of Moss Side, Hulme, Whalley Range and Fallowfield...

Director of BBC England and Culture Minister announced as keynote speakers at the 2015...