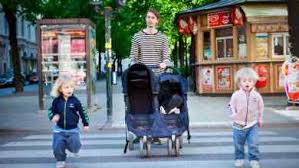 The newly-elected co-leaders of the Green Party used their first conference speech today to call on the government to avoid a national emergency this winter by extending winter fuel payments to all.

Half a million people were plunged into fuel poverty earlier this month by the £139 energy price cap increase , while an extra 1.5 million could be left struggling to pay their bills if energy bills rise again in April as expected .

Carla Denyer and Adrian Ramsay, who were elected co-leaders of the Greens earlier this month urged the government to provide each household across the country with an additional £320 to help them pay for spiralling energy costs and avoid fuel poverty.

The move would cost an additional £9bn, which the Greens propose to fund through a one off windfall land value tax payable by all landlords of privately rented properties.

“In the face of hikes to energy bills and rising fuel prices and to ease the burden on household budgets we’re calling on government to extend winter fuel payments with a one-off payment of £320 to every household to get us all through this winter.

“It’s a costed proposal to be funded from a one-off 1% land-value tax on residential landlord properties. This proposal is about keeping households from spiralling into fuel poverty, it’s about keeping people safe. It’s about the state responding to market failure. It’s about human dignity.

“Our proposal is what government should be doing to show leadership. It’s an issue which shows how climate justice and social justice go hand in hand – something they just don’t get. It’s also just a bridge to get us to the tough work of a real, Green New Deal.”

The emergency payment would be paid for through a one off windfall land value tax of 1% on the landlords of all privately rented residential properties, which would bring in about an additional £9billion.

The measure would provide people with emergency support ahead of implementing the party’s flagship Green New Deal programme which would provide investment of £100bn a year for the next decade to get the UK on track to reduce carbon emissions to net zero by 2030. This would reduce household heating bills through large scale roll-out of insulation schemes and renewable energy, and would create millions of green jobs in the energy, housing, transport and land management sectors of the economy.

As part of the speech, Denyer and Ramsay set out how there has never been a bigger need for the Greens, as the party looks to become the country’s third party.

“People have grown tired of choosing the ‘least worst’ option. Of being patronised, ignored and told what to think.

“We are tired of a Tory government playing divide and rule. Tired of out of touch policies which ride roughshod over people. Tired of politics which amount to little more than an old boys club serving the interests of its pals.

“We need better – we demand better.

“We see none of it from an official opposition that fails the public, ignores the votes of its own members, and can’t take a stand on the biggest issues of the day.

“We have the policy – and the public is with us. We have ambition – and with your support we can fulfil that ambition.”

Post lockdown traffic getting back to normal but air remains cleaner as congestion is...