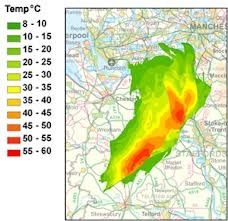 Geo-Thermal energy reserves three thousand metres below the streets of Ardwick are to provide power to homes,businesses and leading institutions along the Oxford corridor.

The project, based on Devonshire Street, and run by Dublin based GT Energy, will use heat which is slowly released by the gradual cooling of the earth by pumping water down to be heated by the hot rocks to temperatures of 200 degrees centigrade.

The Cheshire Basin is one of five areas identified in the country potential for geo thermal energy, the others being in Northern Ireland, East Yorkshire, Worcestershire and Wessex.

GT Energy said the proposed development will generate green jobs and will support the development of low carbon economic zone in Manchester. Under the Local Government Finance Bill, business rates generated from the renewable energy project to be retained within the local authority for investment in the community.

The project is being made possible by the Government’s Renewable Heat Incentive (RHI), which aims to incentive renewable heat projects in the UK. The scheme has budget of £70 million to spend during 2012/13.

In its recent heat strategy report, the Government highlighted heat networks as providing a potentially important means of slashing heating emissions from UK buildings and factories. About half of the UK’s carbon emissions derive from the energy used to produce heat, far more than from generating electricity. A recent report by engineering consultants Sinclair Knight Merz estimated the UK has enough deep geothermal resource to match 20 per cent of the UK’s electricity demand and to provide 100 gigawatts of heat.

Commenting on the Manchester project, Energy and Climate Change Minister Greg Barker said: “This is exactly the sort of innovative green project we want to see sprouting up across the country. This builds on the Coalition’s ambitious heat strategy published in March, and I wish the project every success.” 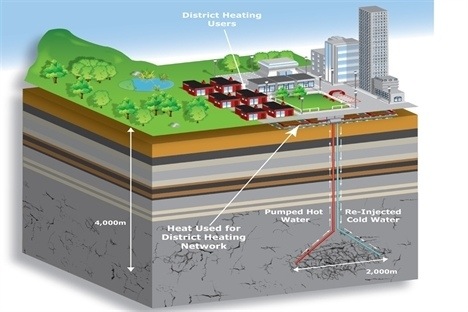 Are tall buildings good for your health?

The majority of Manchester’s Newly Qualified Teachers to Drop out within One Year says...