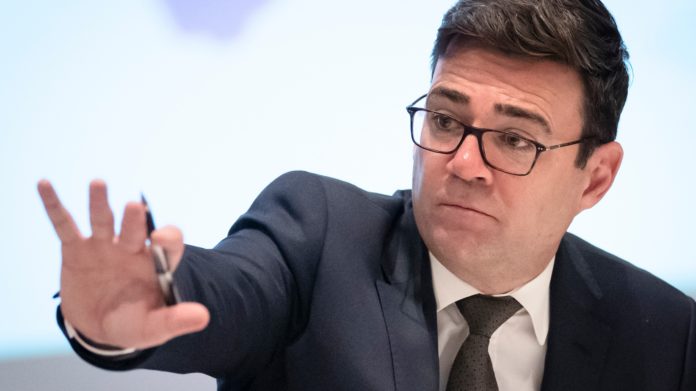 Tram services across Greater Manchester will be free for NHS and social workers from this weekend as they travel to and from work.

The announcement came as the Mayor of Greater Manchester along with his deputy Beverley Hughes during their weekly press conference.

Greater Manchester’s hospital are currently at 56 per cent capacity but admissions to hospitals due to Covid-19 have doubled from 25 to 52 per day in the last seven days.

The Mayor announced that the region has brought in over six million items of PPE equipment which it has sourced .

There will be £20,000 for each of the ten Greater Manchester Borough’s which will be targeted straight at food banks the Deputy Mayor announced.

The Local Enterprise Board met on Monday and agreed to release £3m for a business interruption loan fund.They will provide loans of between £5,000 and £250,000 to companies who might struggle to get national funding

Greater Manchester Police were called out over 500 times last weekend to Covid-19 related incidents and a thirty one year old woman has become the first person to be charged in the region under the new legislation after continually being warned over a house party.

Andy Burnham also brought to the attention of the media, the increase in speeding across the region’s roads since the lockdown with incidents doubling.

Manchester Arena to reopen next month with charity gig