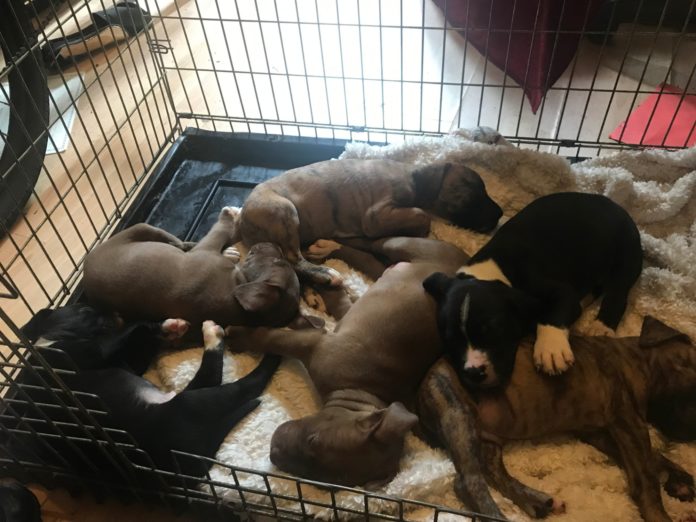 Following an urgent public appeal issued hours after the five-week-old puppies were taken, officers from GMP’s City of Manchester Division recovered all six dogs from a property in Moston

A 40-year-old man was also arrested on suspicion of aggravated burglary and remains in custody for questioning.

The staff cross puppies, who are all safe and well, have now been reunited with their mother, Zena, who is over the moon at their return.

The investigation into the incident – which took place at a flat on Fernclough Road at around 9:30am yesterday – remains ongoing and detectives are keen to speak to anyone with information that can assist.

Detective Constable Nick Kershaw of GMP’s City of Manchester Division, said: “This has been a fast paced investigation and I am pleased to be able to say that last night, we attended at an address in Moston and recovered all six puppies.

“The puppies are all safe and well, and have been reunited with their mother, Zena, who was absolutely delighted to see them.

“It has been a huge effort from the team to reunite the puppies with their mother before the worst happened, however our investigation is not finished there and we are keen to speak with anyone who can help us.

“If you have information that you think may be of use to us, no matter how big or small, then I would encourage you to please contact the investigation team, or Crimestoppers.”