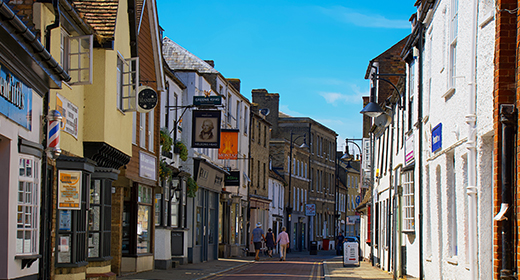 A lack of clarity on what the Government means by ‘levelling up’ and how it translates into coherent and specific initiatives risks relegating the Government’s flagship agenda to an ‘everything and nothing policy’, says the Business, Energy and Industrial Strategy (BEIS) Committee in a report published today.

MP’s express disappointment at how little detail has been put forward to explain what the Government sees ‘levelling up’ to mean and how it will be delivered.

The report states that a lack of definition on how Government is going to achieve levelling up, an absence of detail on how success will be measured, and confusion over who is leading on delivery raises concerns that the levelling-up agenda will fail to deliver meaningful change for people across the country.

It also makes a series of recommendations to press the Government to establish clear levelling up priorities and to develop a set of metrics and regular reporting on progress. Recognising inequality in the capacity of local areas to bid for government funds, the report recommends the Government put in place effective mechanisms to ensure that it is not only the most well-resourced authorities who are successful in securing funding.

“Last week, the Prime Minister flunked his opportunity to explain what levelling up is and instead revealed that the Government has failed miserably in translating a political soundbite into a deliverable programme of Government.

Previous Governments, of all political stripes, have sought to tackle the regional inequalities which exist in our country. For levelling up to be more than a political soundbite, it’s crucial the Government’s White Paper sets out what levelling up is, what the policy priorities are, and how Whitehall will work with local and regional government to deliver meaningful change for people and communities across the country.

Levelling up was a major part of the Governments offer to the British people at the last election, but it appears every possible funding stream from government – be it about bus stops or football pitches is labelled as for levelling up. If levelling up is going to mean something above and beyond the normal day-to-day work of government, the Prime Minister needs to set out how he’s going to pay for it.

Regional and local devolution in England is incoherent and inconsistent. If we are going to create a more equal economy for people across the country, the Government must explain how local councils, mayors, powerhouses, local enterprise partnerships and other organisations will be given the powers and capacity to deliver; and, crucially, what will happen in parts of the country that don’t have powerhouses or mayors.”