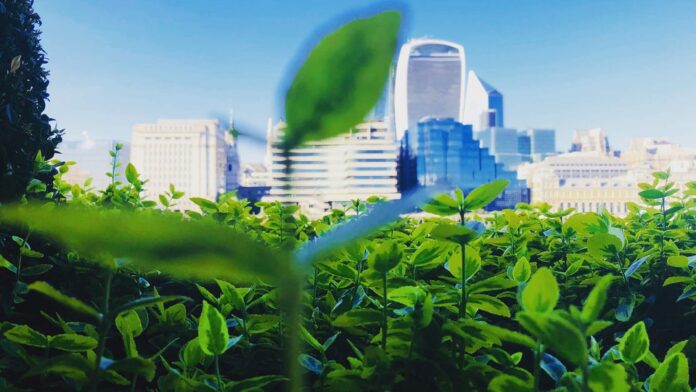 A new report this morning calls for the Government to do more to secure Britain’s place as the global centre of green finance.

The think tank Social Market Foundation argues that financial services will be pivotal in decarbonising the British economy, providing the capital needed for other industries to invest in green technologies and new business models.

They estimate that already 200,000 jobs in finance & insurance – 19% of the total – are “green jobs”, with workers devoting at least a fifth of their time to sustainability-related tasks. This is higher than the 16% figure seen for the economy as a whole.

The Foundation argues that the Government should do more to ensure that the UK becomes a global hub of sustainability-linked finance.

The includes through the Chancellor issuing a new Sustainable Development Goal-linked government bond (gilt), which would pay out more to investors if the government fails to meet its targets on decarbonising the British economy.

The first SDG-linked bond in the world was issued by Italian power utility company Enel in September 2019. It targeted a 55% share of renewables in its power generation capacity by the end of 2021, with a 25-basis points step-up in case of failure – implying higher borrowing costs (a financial penalty) for failing to meet the sustainability target.

The bond adheres to the Paris Accord on climate change, including that the country emits no more than 95 metric tons of carbon dioxide and equivalent by 2030, and that 60% of electricity production must be derived from renewable energy by 2032.

The briefing note also calls for the Government to do more to help pension funds invest in green infrastructure. while around £800bn worth of UK pensions schemes are working aligned with net zero, most pension schemes (70%), worth £2 trillion, are yet to make net zero commitments and deploy capital in projects net zero-related – suggesting significant potential waiting to be untapped through a combination of government policy and financial services innovation.
Fostering partnerships between financial services and leading educational institutions to support businesses accelerators and centres of excellence.

These would support companies working in areas such as green hydrogen and small modular nuclear reactors to develop business models and proofs of concepts. Examples of effective partnerships mentioned in the SMF report include Scotland’s Hydrogen Accelerator – a partnership between the University of St Andrews and the University of Strathclyde launched in 2020 – and the Centre for Climate Finance and Investment (CCFI) at Imperial College Business School. Imperial College Business School works in partnership with the University of Oxford-led UK Centre for Greening Finance & Investment (CGFI).

Imperial’s Business School has also set up the Singapore Green Finance Centre with Singapore Management University, backed by the Monetary Authority of Singapore and leading global financial institutions. Educational institutions, such as universities, will also be needed to address the current sustainability skills gap that exists in financial services.
Bringing in a more consistent approach to carbon taxation, to ensure investors have stronger incentives to decarbonise portfolios.

Scott Corfe, SMF Research Director and one of the report’s authors said,

“Financial services will be key for delivering on net zero and green finance could be one of Britain’s great economic success stories in the 2020s. Already 200,000 financial services workers are in green jobs – a number that will undoubtedly grow over the coming years.

“Government needs to work in partnership with the financial services industry to make Britain the leading hub of sustainability-linked finance. Leading by example, the Chancellor should issue a new generation of sustainability-linked government bonds which would tie interest payments to the country’s net zero targets. Not only would this support green financial services, but the prospect of financial penalties for missing net zero targets would strengthen the Government’s commitment to decarbonisation.”

“We need a carbon tax policy and transition framework to incentivise net-zero funds, financial and tax incentives for pension schemes to invest in infrastructure funds, and to take the global lead in the space of sustainability-linked bonds, all while not compromising the balance-sheet of banks. Partnerships between government, financial services, industry and leading universities, fostering centres of excellence, will be essential for reaching net zero.”

Lancashire’s two fracking wells are to be peremenantly sealed

Site near Bolton leading the way for study in flooding solutions