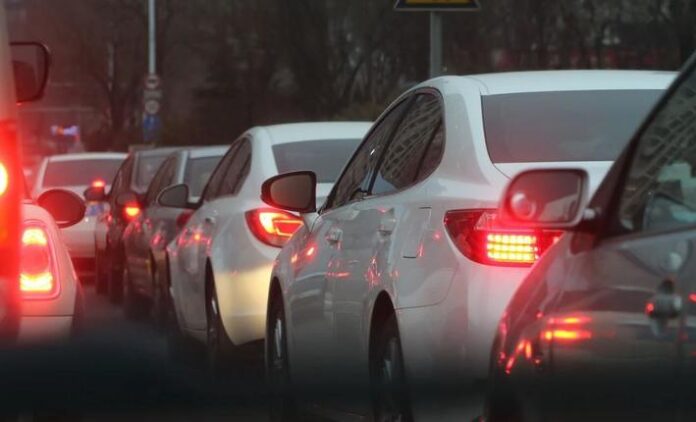 The government is not on track to cut air pollution and is failing to inform the public about the crisis, according to a report out this morning from the National Audit Office.

While emissions of most air pollutants have been falling in recent decades, poor air quality continues to cause damage to people’s health and the natural environment.

The UK has legal air quality limits for major pollutants at a local and national level.1 In 2019, the Department for Environment, Food & Rural Affairs (Defra) published its Clean Air Strategy outlining its approach to improving air quality.

Existing measures will not be sufficient to achieve most of government’s 2030 air quality targets. Defra told the NAO that there are challenges to reducing some air pollutants, such as particulate matter, including because the rise of energy bills could result in greater domestic wood burning.

Defra has also found it challenging to change agricultural practices such as fertiliser use, which has caused ammonia emissions to plateau at 2007 levels. Defra expects to outline further measures to achieve its 2030 emissions targets in September 2022.

In 2016 Defra established a Joint Air Quality Unit (JAQU) with the Department for Transport (DfT) to tackle illegal levels of nitrogen dioxide (NO2) air pollution in the shortest time possible. This NO2 Programme (the Programme) is government’s largest dedicated air quality initiative.

As at April 2022, information from JAQU showed 14 of these local authorities had implemented all measures that are expected to bring NO2 levels within legal limits, with a further 16 authorities found to be already compliant.

The Government expected that measures would take three years or less to implement, but its information shows it is taking longer in many areas.

While the COVID-19 pandemic has undoubtedly been a factor, it is not the only cause of delay, and the relative impact of different issues is not clear.

National Highways told the NAO it is limited in what it can do to reduce NO2 emissions on some parts of major roads and motorways. It has concluded that there are no viable measures for 17 of the 31 non-compliant sections of the Strategic Road Network. There is a lack of transparency underlying this conclusion, as government does not publish the criteria for ‘viable’ measures, and government has been slow to consider wider options. National Highways predicts that up to four sections of the network will still be in breach in 2030.

Government does not clearly and consistently communicate air quality issues or its proposed solutions to the public. It publishes many sets of air quality data and air quality reports, but most are inaccessible to the public. People cannot easily find out about air quality problems in their local area, whether pollution levels breach legal limits, and what progress their local authority is making on tackling those problems.

Public communications campaigns about Clean Air Zones do not appear to have been fully effective.3JAQU recognises the need for effective public engagement to address potential political and public opposition to charging in Clean Air Zones and other clean air measures.

The NAO recommends that Defra, DfT and JAQU should review and clarify milestones for the Programme, taking into account delays caused by the COVID-19 pandemic. Defra should also improve the accessibility of air quality information for the public.

Gareth Davies, the head of the NAO says:

“Government has made progress with tackling illegal levels of nitrogen dioxide air pollution, but not as fast as expected. There are also concerns about the health risks from particulate matter, which government is finding challenging to tackle. To meet all its 2030 targets for major air pollutants, government will need to develop robust solutions quickly.

“The public need clear information to understand why clean air measures are important and what the measures will mean in their area. Those living in the worst-affected areas ought to be able to find out when and how their air quality is likely to improve.”

Waitrose and Lidl top the list for supermarket sustainability rankings

Coca Cola the biggest plastic polluter on our beaches