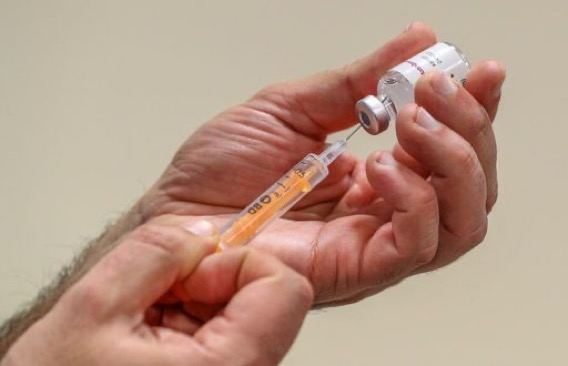 The government have announced they are launching a new COVID vaccine booster study looking into how a third jab could offer more protection. The trial will take place at several locations across the UK including Stockport

Some 2,886 people aged 30 and older are being recruited at 18 NHS sites from London to Glasgow, with the first booster jabs administered in early June.

Scientists want people who received their first dose of either Pfizer/BioNTech or AstraZeneca in December or January to sign up, and hope people aged 75 and over will also come forward.

Experts believe that all seven vaccines will boost immunity, and lab studies will check their response to variants circulating in the UK, including those from India, Kent and South Africa.

There are now 2967 cases of Indian variant in UK and the Government will do “everything we can” to stop the spread.

Hancock stressed the importance of getting both jabs to protect against new strain.

“We have increasing confidence the vaccines are effective against it. He told the press conference

He said that there is surge testing and accelerated vaccination to curb the India variant in Bedford, Burnley, Leicester, Kirklees, North Tyneside, Hounslow and Glasgow and Bolton and Blackburn

Hospital figures were low with a flat 939 people in hospital with Covid and deaths had a most recent 7-day average which showed them running at 8 deaths a day. An extremely low place compared with where we were

He added that the data they have now currently ranges from a low percent of transmissibility to 50 per cent more transmissible, but that it is too soon to say anything conclusive based on the data.

He predicted that scientists will confirm that it “lands somewhere in the middle”, but that they are not certain yet.

More than 1 in 5 people are less likely to take part in cancer...