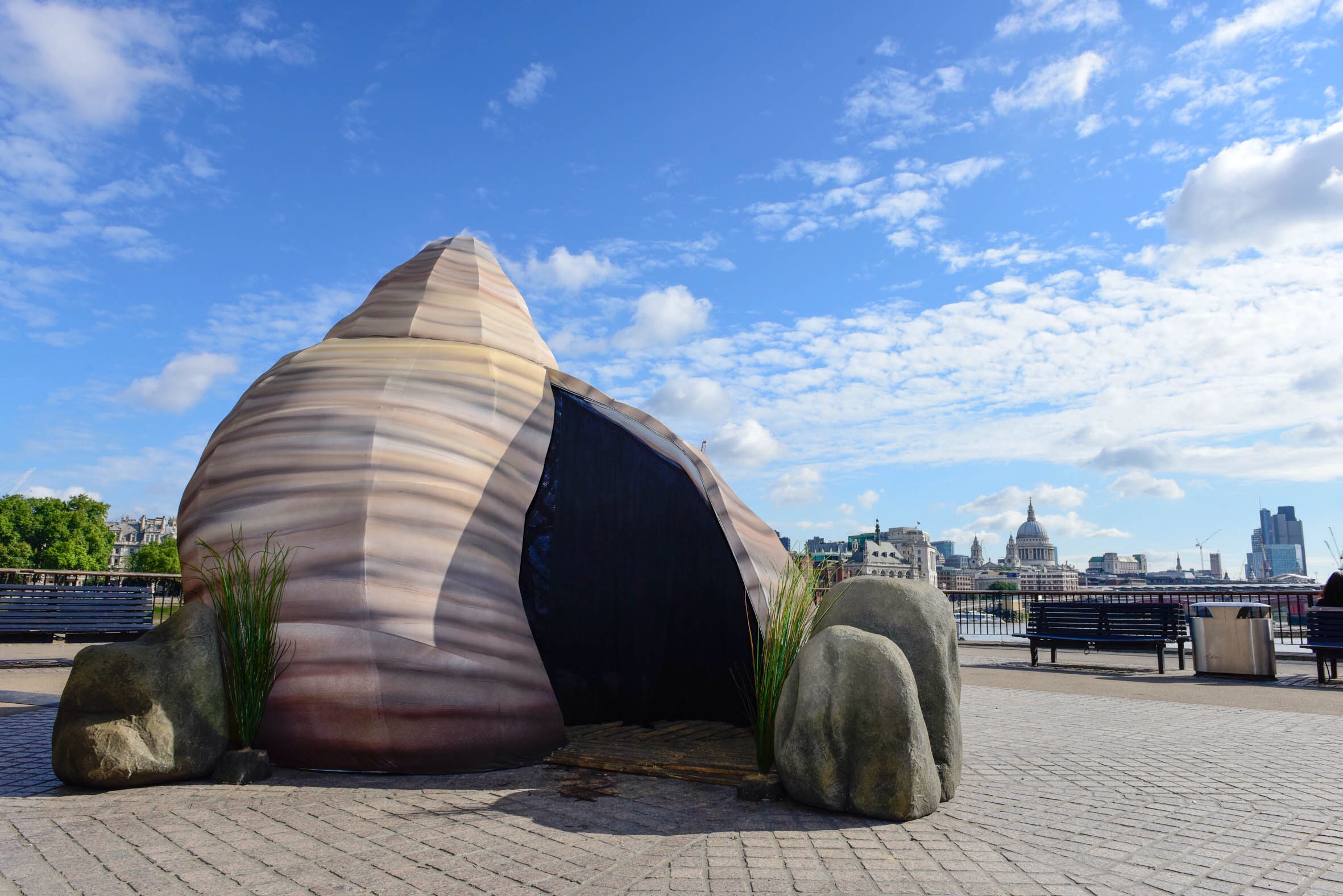 Following a report out earlier this month by the National Trust highlighting our disconnection with the coast, the Trust is bringing the coast to landlocked cities across the UK, with a full coastal sensory 4D experience in the form of a giant shell –the Shellsphere.
“The Shellsphere will be visiting London, Bristol, Cardiff, Birmingham, Leeds, Manchester and Belfast” says Trust spokesperson Debbie Peers.

“Passers-by will have the opportunity to see, smell, hear and taste the sea, whilst senses will be triggered by the aromas of salty sea air, seaweed, caves, rock pools, the sounds of waves and seagulls, as well as magical interior lighting”.

The Trust’s recent report revealed a 20 per cent decline over the last 10 years in the amount of people visiting the British coast for a day out each year (62 per cent in 2005 vs 42 per cent in 2015), with over half the nation (58 per cent) having not had a single day trip to the coast in the last 12 months.

The report also revealed that the biggest barrier stopping people hitting the shores more often is not having enough spare time to get to the coast (29 per cent).

Additional reasons credited to the decline were: UK coasts being too busy when the weather is nice (23 per cent); too expensive (18 per cent); not having easy access to transport (17 per cent) and; preferring to go abroad than holiday on Britain’s coast (14 per cent).

“We hope that the Shellsphere will encourage people to explore our wonderful coastline this summer” continues Debbie, “ and by doing so create somewonderful memories with family and friends”.

The Shellsphere will wash up at the Queen Victoria Statue, Piccadilly Gardens on Friday, 28 August. It’s suitable for all ages and admission is free.