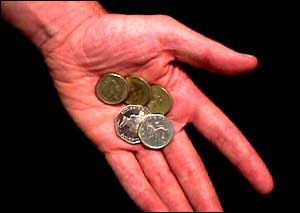 New analysis published today has found that Britain’s low-paid workers are permanently stuck in low-paid jobs, and that social mobility in the UK will stall without action.

The report  by the Social Mobility Commission reveals that low pay is endemic in the UK and there has been little progress in the number of people managing to escape from poorly paid jobs.

The ‘Great Escape?’ report, carried out by the Resolution Foundation, explored trends in low pay over recent decades and examines the factors linked to low pay and progression.

It tracked individuals’ pay over 10 years and divided them into 3 groups:

The analysis found that just 1 in 6 low-paid workers managed to permanently escape from low pay in the last decade.

Meanwhile, a quarter of low-paid workers remained permanently stuck in low pay and nearly half fluctuated in and out of low pay over the course of the last 10 years.

It is particularly difficult for women in their early twenties to escape low pay, with the lack of good-quality, flexible work to fit alongside childcare responsibilities as the most likely barrier.

However, there has been some long-term progress for women. Excluding those who exit the data over the following decade, the proportion of women getting stuck has fallen from 48% in 1981 to 91 to 30% in 2006 to 2016. In contrast, the risk of long-term low pay has increased for men over the same period (from 20% to 25%). This is likely due to the increasing number of men working in low-paid, part-time work.

The report finds that nearly two-thirds (64%) of workers who are ‘stuck’ in low pay are working part time, while nearly three-quarters (71%) of people who escaped low pay were working full time.

Getting stuck in low pay carries a severe pay penalty. On average, people stuck in the low pay trap have seen their hourly wages rise by just 40p in real terms over the last decade, compared to a £4.83 pay rise for those who have permanently escaped.

Age is also identified as a factor, with older workers far less likely to escape low pay than their younger counterparts. The report finds that 23% of low-paid workers aged 25 or under escaped low pay over the following decade, compared to 15% of those aged 46 to 55.

It adds that while the National Living Wage is reducing the number of people in low-paid work – last year saw the biggest fall in 40 years – there will still be around 4 million low-paid workers in 2020, highlighting the scale of Britain’s low pay challenge.