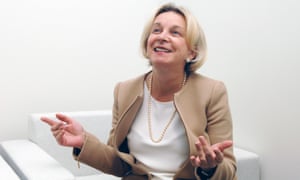 At a time when Samira Ahmed, aged 51, is set to sue the BBC for unequal pay, new research from Rest Less, a jobs, volunteering and advice site for the over 50s , highlights the gender pay gap which is widened by age, the older we get.

The research also investigates the impact of age and highlights that the gender pay gap is at its widest when men and women are in their 50s.

Stuart Lewis, Founder of Rest Less, commented on the figures: “Our data shows that for Samira Ahmed – and other women in their 50s – the chances of them earning an equal salary compared to their male peers is at its slimmest. Women in their 50s are facing an equality battle on multiple fronts in the workplace – firstly because of their gender and secondly because of their age.”

Rest Less’s research shows that whilst both sexes reach their peak full time salaries in their 40s (for women this is £34,665 and for men it is £46,213 – a difference of £11,548), the average gender pay gap hits its peak when people hit their 50s. The average salary for a full time working woman in her 40s drops by eight per cent on average when she reaches her 50s. For men, the drop is just four per cent – half the reduction that women face.

Stuart Lewis added: “Women in their 50s are facing a tough time in the workplace. Our latest research shows that women in their 50s are taking a double hit when it comes to their salaries, caused by both gender and age discrimination. With such a tight labour market, and the wealth of talent and skills on offer amongst women in their 50s and 60s – its surprising not to see more employers actively seeking out and engaging with this audience to help fill a very real skills gap.”