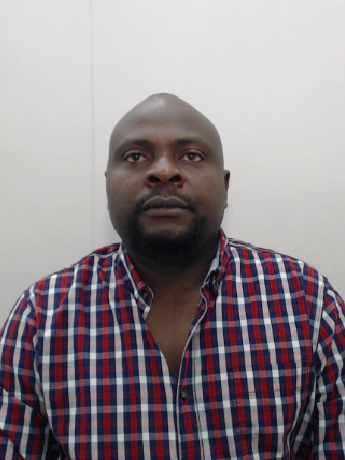 A gang of fraudsters who swindled people out of £1million have been jailed for a combined 21 years yesterday at Manchester Crown Court.

Between May 2013 and July 2014 the gang posed as bank employees, potential love interests and financial advisers, conning people across Europe, USA and Asia to deposit money into accounts they had created.

The cash was laundered and stored in accounts in Greater Manchester before being funnelled into offshore accounts.

Detectives from GMP’s Fraud Investigation Team arrested the men in July 2014 and seized blue prints for a house in Nigeria, fake cheques and high value receipts for international bank transfers.

When officers arrested Akanno-Obi, his laptop was switched on and he was logged on to a spoof banking website and he was trying to send emails to potential romance fraud victims in Hong Kong using multiple identities.

Analysis of seized computers unearthed personal data of victims, template letters to convince victims they were looking for love and letters claiming the recipient had pocketed large sums following the death of a long lost family member.

Detective Sergeant Phil Larratt, of GMP’s Fraud Investigation Team, said: “This was a sophisticated crime group that utilised specialist software to contact hundreds of thousands of victims at once.

“This series of high value international frauds was perpetrated by the offenders from the comfort of their own homes in Manchester.

“Luckily the majority of people don’t fall for these types of scams but due to the volume of attempts, even a success rate of one per cent can be extremely lucrative for these criminals.

“This was their full time job. Money was being deposited and withdrawn from their bank accounts on a daily basis.

“We know that other crime groups are committing similar types of scams across the UK and I’d urge the public not to send money to people they have never met or place investments in schemes that have not been verified.

“These criminals often try and prey on people’s good nature so please be vigilant. The likelihood is that the vast majority of people have received phishing emails, make sure your spam filter is on and don’t click on any links or attachments contained in suspicious emails.”