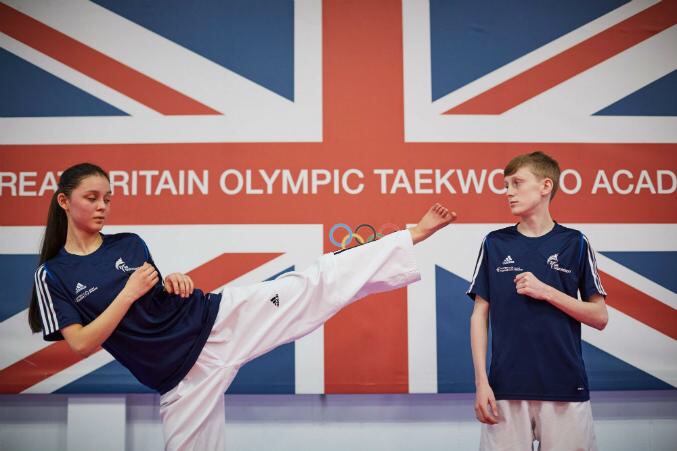 A Manchester couple are coaching local children to become the taekwondo stars of the future – at the training base which is home to Team GB’s current crop of Olympic medallists.
Taekwondo Machine, based at the National Taekwondo Centre in Newton Heath, is run by experienced international athletes Dr Lucy Walton and Danyal Mirzaie. The duo have coached several young people from beginner level to the Great Britain squad in less than two years.

“We have a passion for taekwondo and wanted to pass that on by setting up a club to give local people the chance to go as far as they can in the sport”, said Lucy.

Around 60 members train regularly with the club, which caters for people of all abilities, from the age of six and above.

Maria Asef, 14, from Harpurhey, arrived at Taekwondo Machine having never tried the sport before and has now represented Great Britain in the European Championships.

“Maria didn’t see herself as a sporty person. She came along with her brother, because he said it was fun”, said Lucy, who coaches beginners at the club. “She found that she loved it and progressed really rapidly.”

The National Taekwondo Centre, which opened at the Ten Acres Lane sports complex in March, is a world-class facility designed for Britain’s Olympic and Paralympic stars – and is also open for schools and community clubs to use for 46 hours per week.

“It’s been massively important for our club to move into the National Taekwondo Centre”, said Lucy. “The training facilities are perfect for our higher-level athletes, who compete regionally and nationally.

“And it’s so inspiring for our younger athletes to see champions like Jade Jones at the centre. That contact with Olympic gold medallists helps to show them that they are close to achieving their goals and that they can make it.”

Man in court charged with murder of Elizabeth Merriman in Newhay