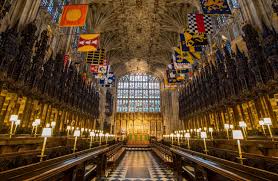 The funeral service for Prince Philip  will be held on April 17, Buckingham Palace said on Saturday, confirming that Prince Harry was planning to attend.

The service for Philip, who died aged 99 on Friday, will be held at St George’s Chapel in Windsor castle, preceded by a national minute’s silence. There will be no public access nor public procession beforehand.

The number of mourners will be limited to 30, with Buckingham Palace stressing that the service will be held in line with COVID-19 restrictions, meaning members of the royal family including the queen would be required to wear masks.

The Duke of Edinburgh’s body rests in a coffin in the private chapel at Windsor Castle, draped with his personal standard and a wreath of flowers on top, the palace says.There will be no lying in state.

On the day of the funeral, the coffin will be moved to the state entrance of Windsor Castle. It will be placed on a modified Land Rover, the design of which the duke was involved with.

The coffin will then be moved a short distance to St George’s Chapel at Windsor Castle for the funeral service, flanked by pallbearers and with members of the armed forces lining the route.

A Buckingham Palace spokesman confirmed that Harry, who has moved to Los Angeles after giving up royal duties, was planning to attend the funeral, but his pregnant wife Meghan had been advised not to travel by her doctor

The funeral will be televised live by the BBC