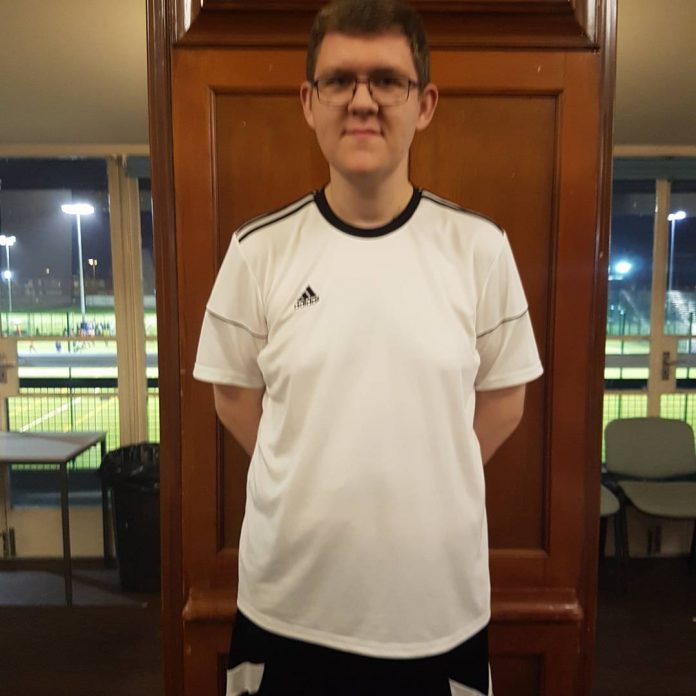 A charity fundraiser from Wythenshawe who has lost almost 50kg in the past year will celebrate his achievement by doing his first ever bungee jump for The Christie later this month.

Slimmed down Josh is now raring to make his daring leap for The Christie from almost 50 metres in the air above Salford Quays on Sunday 25th March to celebrate.

With a weight limit of 120Kg, the bungee jump would have been out of Josh’s reach just a year ago.

To help lose weight, Josh joined a local football league (Man v Fat football). This is a Football Association backed league, specially designed for overweight men who are passionate about football. The weight the players lose off the pitch can decide the results on it in the 30-minute games accompanying a weigh in. The more weight the players lose, the more goals their team score!

Josh also took advice from an NHS nurse and through a combination of healthy eating, portion control, fewer takeaways, less alcohol and playing football regularly he has managed to shed the weight.

Josh’s motivation to take part in the bungee jump for The Christie was his Nana who was successfully treated for breast cancer in 2010 and has since been given the all clear. He said: “Thanks to the care given to my Nana by the nurses and staff at The Christie she has been all clear of cancer for nearly seven years now.

“Whenever there’s an event or anything coming up that can raise money for charity, myself and other members of my family will do our best to fundraise for The Christie because we want to give something back after everything the hospital did for my Nana. We are so grateful to have a world class cancer hospital right on our doorstep.”

“In the year my Nana was first diagnosed, I did the Santa Run at Old Trafford raising £100, and I aim to beat that by quite a lot when I do my bungee jump.

“I am a massive thrill seeker. When I was younger I loved school trips to Alton Towers or Blackpool Pleasure Beach. I went straight to all the big rides. But I stopped going when I was 17 because I was told I was too big and only went back to Blackpool last year after I had lost over 30kg. That got me thinking about what to do when I hit my weight loss target as I’d always wanted to do something like a bungee jump or a skydive, but was too heavy.

“When I saw that The Christie was organising a bungee jump I read the terms and conditions, realised that I was well within the maximum weight limit and decided to sign up.”

Jon Littledale, sporting events officer at The Christie charity, added: “We are delighted that Josh has signed up to be part of Team Christie for our exciting new bungee jump at Salford Quays. It’s awesome that Josh has been so successful in losing weight and this will be a great way for him to celebrate his achievement as well as giving something back to the hospital that treated his Nana. We hope that Josh, along with all our other fabulous fundraisers has a wonderful day.”