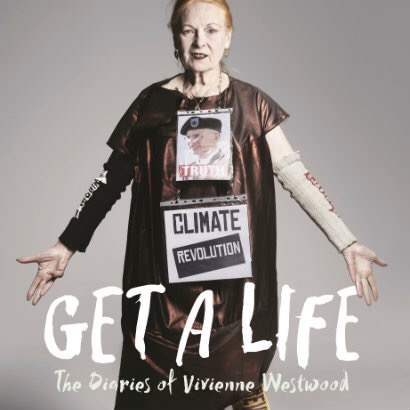 The full programme is not being released until the 5th August but there is a chance today to get tickets for four events.

The chance to spend an evening with one of Britain’s most iconic and pioneering women, Dame Vivienne Westwood. Her forthcoming book, Get A Life: The Diaries of Vivienne Westwood, is full of the intellectual curiosity and playfulness that underpins her fashion design and her way of life.

The popular comedian and broadcaster Susan Calman talks about her funny, moving and honest new memoir, Cheer Up, Love: Adventures in Depression with the Crab of Hate.

MLF and Waterstones Deansgate host an evening with one of the most exciting and provocative thinkers today. Yuval Noah Harari’s Sapiens was on the Sunday Times bestseller list for more than six months and has been published in nearly 40 languages. His forthcoming book, Homo Deus: A Brief History of Tomorrow, considers the future of humankind and presents his theories on data religion, artificial intelligence and genetic engineering.

The early bookings are only available to MLF Get Closer Members who can book tickets for these events on 0843 208 0500 or online via Quay Tickets. (Please log in at the top right of the screen): Book now >

The festival takes place between the 7th-23rd October