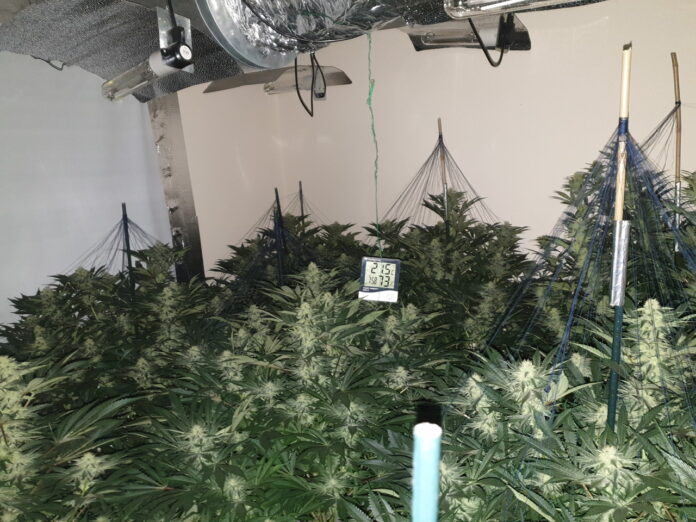 Police discovered four rooms which were being used to cultivate 90 cannabis plants, some of which measured to be 1.4 metres tall.

Officers also discovered that the electricity meter within the property had been bypassed.

Further searches of the property found two men hiding in the loft. The men, aged 20 and 29, were subsequently arrested on suspicion of the production of cannabis and abstracting electricity. They remain in custody for questioning.

Inspector Bree Lanyon of GMP’s City of Manchester division, said: “Thankfully today’s action has been successful in removing a significant amount of cannabis from our streets and is another positive step forward in helping to disrupt the production and distribution of drugs within our community.”

“Often we rely on intelligence from the public so I would like to take this opportunity to appeal to anyone who may have any concerns or information about the distribution of drugs to get in touch with police.”