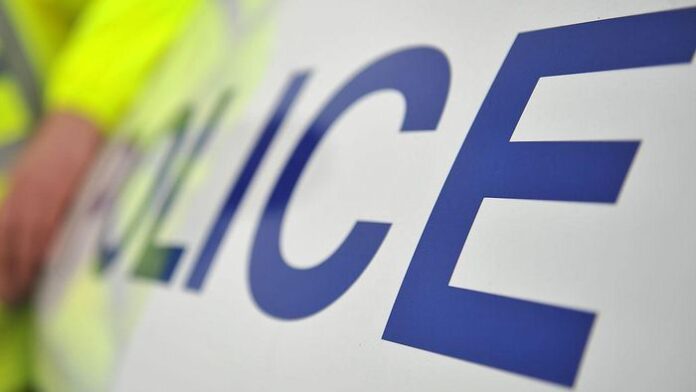 A woman and three teenagers have been arrested following reports of gunshots in the Harpurhey area of north Manchester earlier today.

Three separate incidents occurred within a hour in the area.

Firstly a report of a group of men causing damage to the front windows and door of a property on Kingsbridge Road.

Half an hour later a collision on Factory Lane followed by gunshots, close to the junction of Somerfield Road.

Initial enquiries suggest a black Hyundai Tuxon collided with another vehicle which made off from the scene.

A short time later, police received a report of criminal damage to a property on Somerfield Road.

All three incidents are being treated as linked and are understood to have been targeted attacks.

No injuries have been reported but two addresses and two cars – including the Hyundai – were damaged.

Firearms officers attended the area on Factory Lane and Somerfield Road to assess the scene and a teenager was arrested on suspicion of firearms offences.

Detectives and forensic officers have spent the remainder of the afternoon at the scene to ascertain the circumstances of the incident.

So far, no evidence of a firearms discharge has been found and enquiries are ongoing.

A 26-year-old woman and a total of three teenage males have been arrested on suspicion of firearms offences and remain in custody.

Further patrols will be in the area overnight and police are appealing for any witnesses to contact them or Crimestoppers anonymously.

Superintendent Rebecca Boyce, of GMP’s City of Manchester North division, said: “We are treating today’s appalling and deeply concerning events very seriously and I want to reassure the public that we are channelling a great amount of energy into investigating these incidents and finding those who are responsible for them.

“Thankfully no one was hurt and work is ongoing to establish whether any firearms discharges took place this afternoon; however, it is the type of recklessness that we have seen today that poses a risk to the general public and we are determined to remove these very dangerous individuals from our streets.

“Innocent members of the public should not have their lives disrupted by the fear and distress that these incidents cause – we have seen an increase in violence and criminal damage in particularly the Harpurhey area recently which we believe to be targeted, but nevertheless these are a worry to the community.

“We believe these incidents were caused by two groups of men who are intent on using acts of violence on one another and we encourage witnesses or anyone with information to come forward and speak to police or Crimestoppers to aid our enquiries.”

The sentence will never be enough says family after driver jailed for 32 months...