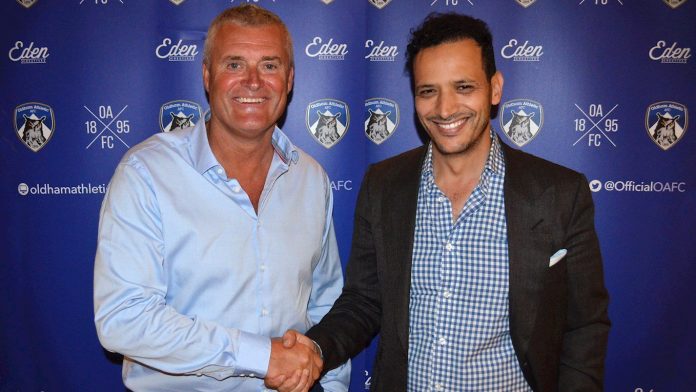 Oldham Athletic have announced Frankie Bunn as their first team manager on a one-year deal.

The former Latics’ striker made 88 appearances and scored 35 goals for the club between 1987 and 1990 before his career was cut short through injury.

He famously scored six goals in a third round League Cup tie against Scarborough, a record which still stands to this day.

At Coventry City he was appointed caretaker manager before returning to his first-team coach role at the club under Chris Coleman.

Throughout his time in coaching he has worked to develop young players and bring through the next generation of talent at clubs such as Manchester City where he held the role of reserve manager and Huddersfield Town where he was a professional development coach working closely with their academy and under 18s.

Speaking about the appointment, owner Abdallah Lemsagam said: “We are delighted to welcome Frankie Bunn to the club as first team manager.

“He knows the club very well from his playing time here and he has a wealth of experience working with young talent which has impressed me.

“I believe he can take the club forward and give Boundary Park something to cheer about.”

City back on track at Chelsea after Covid clearance

Teams are allowed to fail, but Manchester United have totally given up