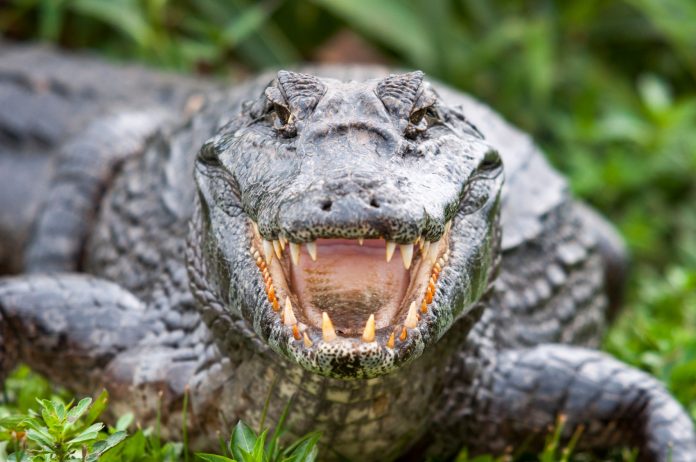 A survey conducted by the Born Free Foundation has revealed that 4,798 dangerous wild animals are being privately kept in Great Britain, eight of which are living in Greater Manchester.

Now the international wildlife charity is petitioning the UK Government to immediately review the law, and put a stop to some of the world’s most remarkable but often deadly creatures being in kept in unsuitable environments.

Whilst an estimated 11 million people own a pet in the UK, Born Free’s research asked every local council across England, Scotland and Wales which dangerous wild animals are currently licenced to be kept in private hands. In Greater Manchester, the Salford City Council, Tameside Metropolitan Borough, Oldham Council and the Rochdale Borough Council, revealed that among the eight dangerous wild animals that reside in the area, there are at least fourcrocodiles,four cats such as Savannah cats and Serval Cats and twoCapuchin monkeys

Shockingly, the entire survey revealed that a total of 218 private addresses are hosting dangerous wild animals across Britain. These include at least 250 wild cats, such as servals and lynx and including 50 big cats – lions, tigers, leopards, pumas and cheetahs.

Over 100 venomous lizards, such as Mexican beaded lizards and Gila monsters and at least 240 primates, particularly ring tailed lemurs and capuchins.

There are also over 85 crocodilians, mostly caimans and at least 650 venomous snakes, including puff adders, black mambas and diamondback rattlesnakes

In Wales, there is an elephant licensed to be privately kept, and in England a giraffe, as well as 14 wolves, 3 bears, 13 leopards, 3 cheetahs, 9 lions and 9 tigers.  Other species being kept as pets or in private collections in the UK included zebras, camels, fossas, antelope, and otters.

Currently, under the Dangerous Wild Animals Act of 1976, anyone in Britain can keep a dangerous wild animal as long as they obtain a licence from their local authority. The licence application merely requires them to demonstrate that their animals are properly contained and not at risk of escape.

Born Free is calling for a review of the legislation covering the keeping of wild animals as pets, including the Dangerous Wild Animals Act 1976, and calling for more restrictions on the ownership of dangerous wild animals. This includes the need for consideration of large constrictor snakes, which do not currently require a licence to be kept. Moreover, it is thought that many more wild animals are being kept unlicensed and illegally across the country.

Confining wild animals in domestic settings is not only cruel says Born Free, but can also pose a significant risk to human life.

Just last year a man in Hampshire was killed by his 8ft African rock python, Tiny. In a separate incident, Police found an illegally-kept 4ft caiman crocodile and 16 snakes at a property in Essex, nine of which were classed as dangerous. They included cobras and copperhead vipers. Seven other snakes were found dead in the house as a result of the poor conditions in which they had been kept.

Whilst the survey includes those establishments and companies that require a Dangerous Wild Animals licence to rescue animals, for animals such as wild boar and ostriches on farms, and those who use animals for TV and film, it is still understood that a large proportion of the dangerous wild animals are being kept as personal pets.

“The keeping of wild animals as pets is a growing concern. The widespread use of the internet has made it easier than ever to ‘order’ or purchase a wild animal without clarification as to where it has come from or how it should be cared for. Wild animals are particularly vulnerable to welfare problems because of their complex social, physical and behavioural needs. They require specific housing conditions, dietary requirements, and furthermore, the safety risk these animals pose to their owners and the wider public should not be ignored.”

To find out what dangerous animals are living in other counties across the UK you can use Born Free’s interactive map on their website – www.bornfree.org.uk/dwamap