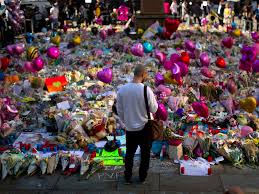 The Prime Minister made the promise after being questioned in the House of Commons by Central Manchester MP Lucy Powell during Prime Minister’s Questions today.

Powell told the Prime Minister that with the six month anniversary of the attack coming up next week,

“The Prime Minister will also be aware that the costs associated with this attack now imposed on the city are well in excess of £17 million.

“Costs which the Government agreed to meet, yet as of today, these monies have yet to be reimbursed.

“Would she today give a clear and categoric commitment that these monies will be reimbursed at the earliest opportunity?”

Reaponding to the question from Powell, the Prime Minister said:

“Our thoughts continue to be with those, all of those, who were affected by this terrible attack that took place in Manchester.

“She has raised an important issue. What I can say to her is in relation to this funding issue, we’ll be responding in full by the end of next week, but I would expect that response to confirm that the majority of funds will be made available.”

Last week Manchester Council raised concerns that the funding of the costs of the attack and its aftermath, were biting into much needed cash for the social budget.

Council leader Sir Richard Leese had written to the prime minister, adding: “She has promised to look into it and nothing has happened.”

Demolition of Piccadilly Gardens wall to begin this month