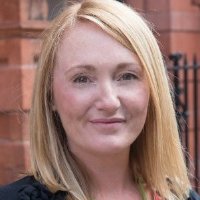 Under this Government our town economies are becoming more disconnected from our booming cities than ever before, says the MP for Leigh Jo Platt.

Writing for the Politics Home website, she says that “despite the rhetoric from Whitehall, low social mobility is developing into a crisis in our towns. Our economy is still not working for the many; and low income families across the country feel divorced from the decision-making process which affects their daily lives.”

Specifically she talks of Leigh.

” It is a town in between Manchester and Liverpool of 50,000 residents, yet it has no train station. There is no A-level provision within the constituency and no rail link to connect Leigh’s young people with A-Level provision outside of the town. Combined with the fact that businesses and apprenticeship providers are understandably more interested in investing in nearby cities than disconnected towns, is it any wonder that towns like Leigh are facing a widening skills gap and increasing unemployment?”