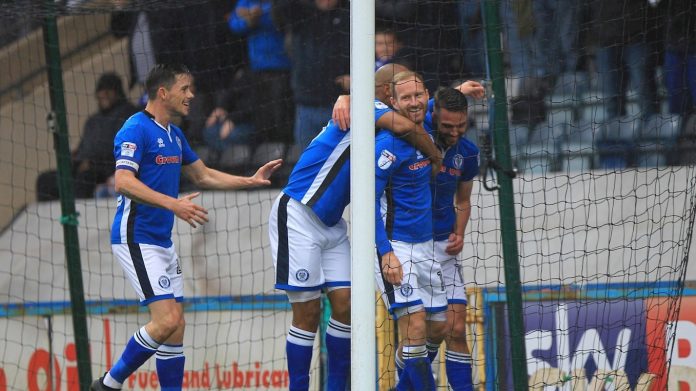 Darren Pratley’s first goal of the season wasn’t enough to see Bolton Wanderers pick up their second consecutive victory in the Sky Bet Championship as they were forced to settle for a share of the spoils against Queens Park Rangers.

The deadlock had been broken inside 22 minutes with the skipper heading home from close range – a lead which remained intact until 11 minutes from time when the Hoops’ Idrissa Sylla poked home an equaliser at the near post.

New Oldham Boss  Richie Wellens was disappointed not to hang on to all three points after his sides 4-4 draw with MK Dons.

Craig Davies opened the scoring before Eoin Doyle grabbed the second and was credited with the third. Peter Clarke scored the fourth goal but two goals in the final 10 minutes ensured MK Dons picked up a point.

Following the game, Wellens said: “It’s a weird stadium as there are hardly any fans here and it felt like a pre-season friendly.

“We went in the lead and I was happy and was happy to go end-to-end with them. We went in at 3-1 at half time and gave away a stupid foul on the edge of the area, but the lad does well to stick it in the top corner.

“We were in control at 4-2 but we just dropped too deep. It’s just a little sign of a team who panic.”

Rochdale were 1-0 winners  over Bristol Rovers at the Crown Oil Arena, Matty Done turned home Bradden Inman’s effort from a yard out,for the only goal of the game.

Manager Keith Hill said “We showed a bit of grit and determination to get the result,”

“I thought we started the game superbly well but we took a step back again, or maybe the opposition took a step forward. Because they couldn’t cope with us they changed it slightly but they only changed one player and that almost created chaos for us, which was strange really.

“But I’m just happy with the result and certain parts of the performance. There was also a little bit of luck in the second half but we weathered the storm and it’s important that we got that victory from a confidence point of view, and it should settle everybody down.

Meanwhile a brace from Chey Dunkley and a goal from David Perkins earned Wigan Athletics all three points in terrible conditions at Bloomfield Road against Blackpool.The win extends the Latics unbeaten run to six games.