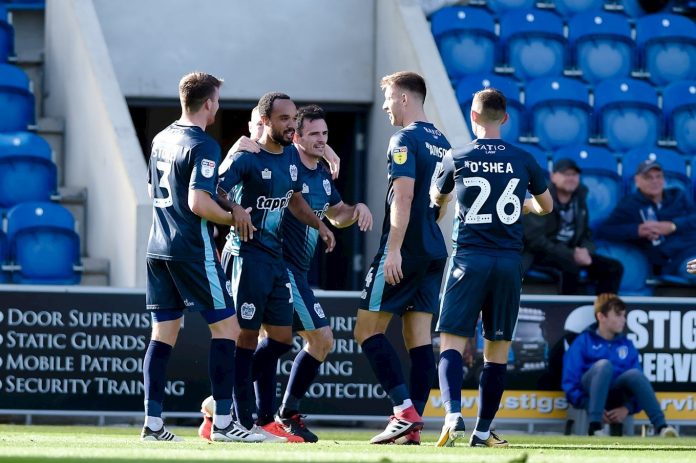 Bolton Wanderers ran out 1-0 victors against Derby County in the Sky Bet Championship on Saturday afternoon, with Craig Noone scoring the sole goal of the game

It is a very good team that we came up against and we stuck to our task tactically, which we tried to do.We left them frustrated in terms of limiting ways of how they could try to get a goal, which worked a treat.There were some very committed performances from the whole team.At the end of the day, against a team that I have watched twice in the past month, who are an oustanding team on their day, it is a very good win for us.”

A late Mario Vrancic penalty was the difference as Wigan lost 1-0 at Carrow Road on Saturday afternoon.

Latics battled away on a tense afternoon in Norfolk and looked to have earned a point but a late foul from Callum Connolly on Teemu Pukki in the penalty area presented Vrancic with the chance to score from the spot and earn Norwich a 1-0 win.

Wilbraham put Dale in front inside four minutes with a stunning half-volley from 30-yards, but the visitors equalised through Jamal Lowe midway through the first-half.

Goals from Brett Pitman and Matt Clarke after the break secured the three points for Kenny Jackett’s side, who moved to the summit of Sky Bet League One.

Bury held on to a 2-1 victory at the Colchester Community Stadium, after Luke Norris provided the Shakers with a scare after scoring a penalty in the final 10 minutes. The visitors were already 2 goals to the good before the consolation, thanks to Byron Moore and Chris Dagnall.

Swindon Town and Oldham Athletic played out a stalemate as Matt Taylor saw red for bringing down Christopher Missilou deliberately as the Latics midfielder was running clean through.

A mass brawl erupted with Taylor seeing red and plenty of yellow cards were shown as Oldham went home feeling robbed, especially considering it was the last minute of the game.