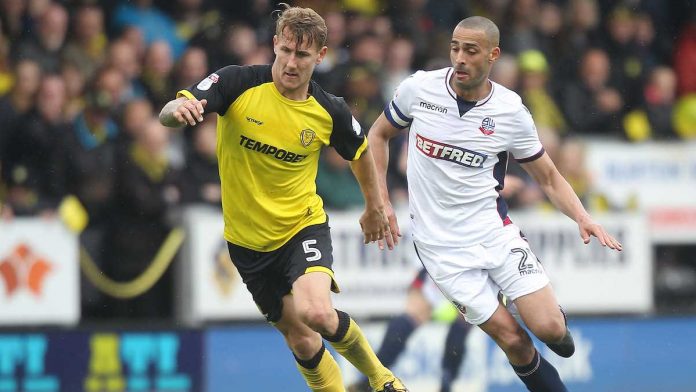 Both Rochdale and Bolton Wanderers need a result in their last game of the season to stay in their respective divisions after Saturday’s games.

Two second half penalties condemned Rochdale to defeat at Oxford United.Dale took the lead shortly before the hour through Bradden Inman, but the hosts’ John Mousinho struck from the spot three minutes later to draw the U’s level.

Todd Kane claimed the points late in the game for the hosts, also converting from 12-yards.

While Oldham overtook their relegation rivals with a point against Doncaster Rovers leabing them a point ahead going into the final weekend of the season in a game that saw chances were few and far between  as both sides struggled to create meaningful efforts.

Already relegated Bury managed to win their final home game of the campaign thanks to a George Miller goal on 67 minutes as he capitalised on a catastrophic mistake from Portsmouth goalkeeper Luke McGee.

Miller stole the ball from Mcgee on the edge of the six-yard box, this time there was no one on the line to save the Portsmouth ‘keeper, it was a gift for the Middlesbrough loanee as he put Bury ahead with his 7th goal of the season.

Wigan Athletic’s final home game of the season ended in a draw as Latics shared the spoils with AFC Wimbledon at the DW Stadium this afternoon.

The visitors opened the scoring midway through the first half when Lyle Taylor raced forward and fed Joe Pigott who slotted low past Christian Walton.

Latics responded with just over 20 minutes to go when Michael Jacobs strode forward into the area to beat George Long with a finish that deflected off a Wombles defender.

Wanderers had started brightly but were unable to make their early advantage count as Akpan put the hosts in front just before the half-hour mark.Akins put the Brewers firmly in charge eight minutes later when he fired beyond Alnwick.

With an inferior goal difference, Bolton have to win their final game against Nottingham Forest to stay in the Championship