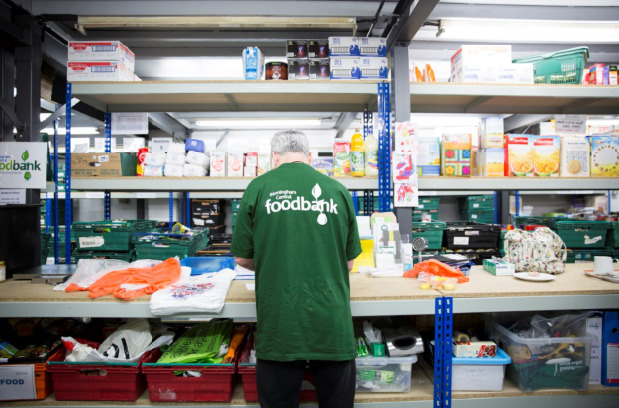 New research shows food banks are forecast to give out six emergency food parcels a minute this winter.

The Trussell Trust’s new analysis forecasts a 61% increase in food parcels needed across its UK network in October to December,six parcels given out every minute

Analysis carried out by Heriot-Watt University with support from the National Institute of Economic and Social Research estimates that if changes aren’t made this autumn, there is likely to be a 61% rise in need at food banks in the Trussell Trust’s network this winter, equating to 846,000 food parcels being given out.

The charity warns that with mass unemployment predicted on a scale not seen since the early nineties, there will be further rises in poverty with 670,000 additional people classed as destitute by the end of 2020, meaning they cannot afford essentials like housing, energy and food. This is on top of year-on-year rises in the number of people unable to afford food and forced to food banks across the UK.

But the situation can be turned around, the charity says. The government response to protect jobs and incomes during this pandemic has shown what a difference can be made when support structures are put in place. The much-needed rises to some benefit levels and the job retention scheme prevented many more people from facing destitution. But the charity warns that with these schemes set to end, the government must act now to ensure we are all protected.

“Communities throughout the country have shown enormous resilience in helping more people than ever before. But food banks and other community charities cannot continue to pick up the pieces. None of us should need a charity’s help to put food on the table.

“Our research finds that Covid-19 has led to tens of thousands of new people needing to use a food bank for the first time. This is not right. If we don’t take action now, there will be further catastrophic rises in poverty in the future.”

“But it doesn’t have to be like this. The pandemic has exposed the power of what happens when we stand together in the face of adversity. We must harness this power to create the changes needed to prevent many more people being locked into poverty this winter. With the furlough scheme set to wind down, we must act now to put in place protection for each other. The Budget and Comprehensive Spending Review present a pivotal opportunity to put things right. We must take it to help us weather the storm left in the wake of Covid-19.”

Green light for a Future Carrington