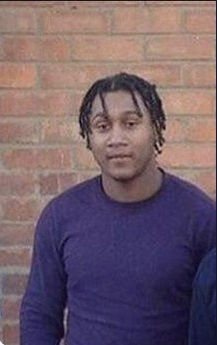 He was taken to hospital where he sadly died a short time later.

Miguel, who was originally from Manchester, had gone to Netherton that evening believing he was going to buy a car but In actual fact there was a plot to rob Miguel at gunpoint on his arrival at lockup garages on Marie Curie Avenue.

Miguel gave chase after his money was taken, and was fatally shot

The fifth offender, Emma Kirby, 21, of Marie Curie Avenue, has been sentenced to 20 in prison suspended for 18 months for assisting an offender after she disposed of evidence, a bike belonging to Dale Avery following the murder.

Speaking after the sentencing, the Senior Investigating Officer, Ian Warlow said: “Miguel Reynolds was a young man, days away from his 22nd birthday, when his life was taken from him in a callous and violent way.

“He was lured to Netherton under false pretences by the defendants, and it is right and just that they have been sentenced to a significant time in prison for their actions.

“This has been a protracted and thorough investigation and I would like to thank the Crown Prosecution Service, prosecuting Counsel and the investigation team for all their hard work.

“I would also like to commend Miguel’s family and friends for the courage they have shown throughout this long and complicated trial.

“Although the pain of losing Miguel is still raw, I hope today’s sentencing brings them a sense of closure to know that justice has been done for a young man who is greatly missed and loved.

“Those involved in serious and organised crime bring misery to our communities and Merseyside Police will continue to pursue these criminals and put them before the courts.”