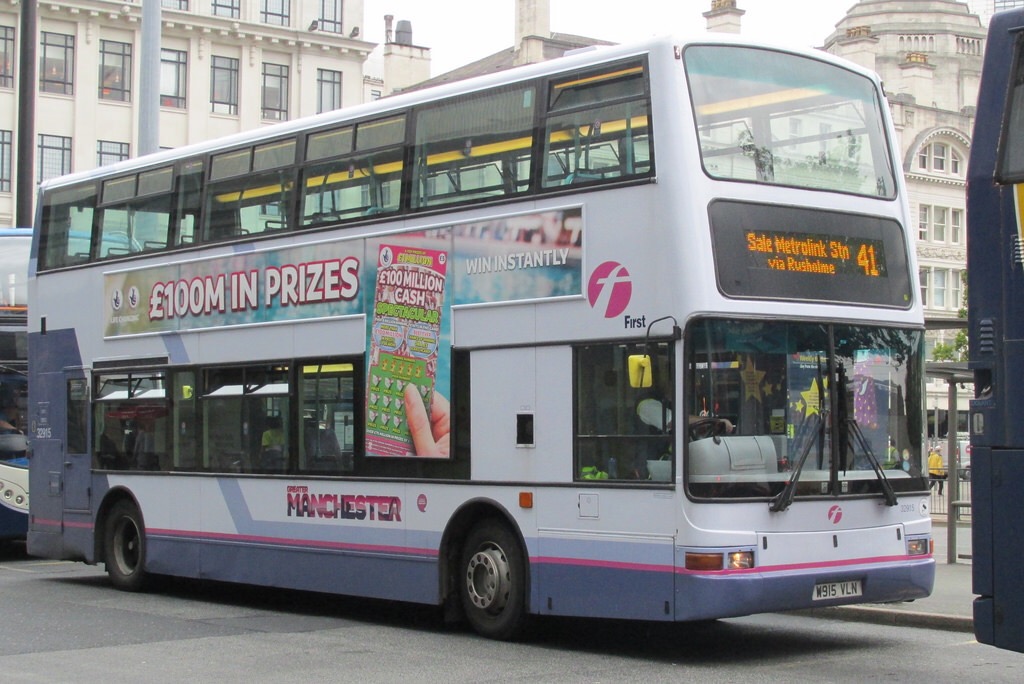 One of Greater Manchester’s largest Bus Operators has announced that prices will be frozen in the New Year but will charge passengers more if they buy their ticket from the driver.

First Manchester have announced that they have reviewed their ticket prices due to a number of factors, with one being the increasing impact of congestion. Bus journey times are being heavily affected by congestion, especially in the city centre, but in a bid to tackle this issue and speed up journeys, would more customers to use their mTicket app, and won’t be increasing the cost of tickets purchased via the app.

According to First, recent research has highlighted that boarding times would be 75 per cent faster, if customers switched from cash to mTickets and suggests that 78 per cent of smart phone users that use public transport, always use their phone when travelling.

The Company says they are confident that freezing ticket prices on the app, will encourage more customers to start paying for their tickets with their smart phone.

Ian Humphreys, Head of Commercial said: “We’ve worked hard to keep any increases to a minimum, but from time-to-time, we need to review our fares to meet the rising costs that we face as a business. Travelling with us still offers great value for money, and we have focussed on keeping tickets as affordable as possible.

“We’re also pleased to confirm that customers who use our mTicket app will not see a fare increase. We’d encourage more customers to purchase their tickets in advance of boarding, where possible, in order to take advantage of the discounts available, and to assist with quicker boarding times. We’ve also added the new “five trip” ticket as a permanent option on the mTickets app, which will appeal to less frequent bus users who don’t want to commit to purchasing 10 trips at once.

From car crashes to giant sleeping teletubbies – Mark Bennett has seen it all.