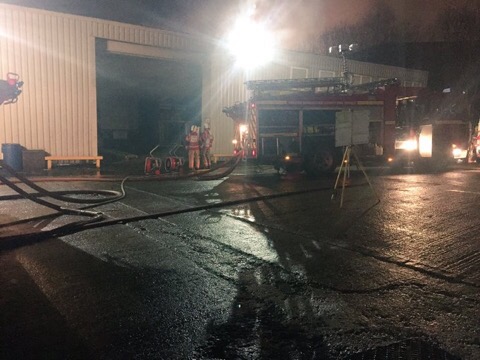 Fire fighters have been tackling a blaze early this morning at an Industrial Estate in Wardley.

The blaze broke out at the estate on Shield Drive, Wardley, just after 5am

The fire was in the ground floor of the industrial premises and firefighters tackled it by splitting it into two sectors and deploying two teams of four firefighters wearing breathing apparatus and using hose reels to put it out.

The incident was scaled down to three fire engines at 7am when two firefighters wearing breathing apparatus and using a hose reel are currently ‘damping down’.

Coronavirus Latest-Raab announces lockdown to continue for at least three weeks but “there is...