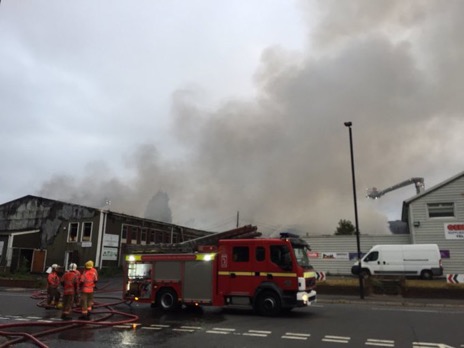 Greater Manchester Fire Fighters have been tackling a blaze at industrial units in Newton Heath overnight.

The fire at three different industrial storage units on 2-8 Briscoe Lane saw at its height twelve fire engines dealing and people living nearby advised to have their windows and doors shut.

The fire broke out just after midnight in the  L shaped building which is part of a complex of industrial units being used to store books and kitchen appliances.

Water from the nearby canal is being used to deal with the fire, which is still burning in several parts of the building.

Baby boy in St Mary’s hospital can have his life support turned off rules...