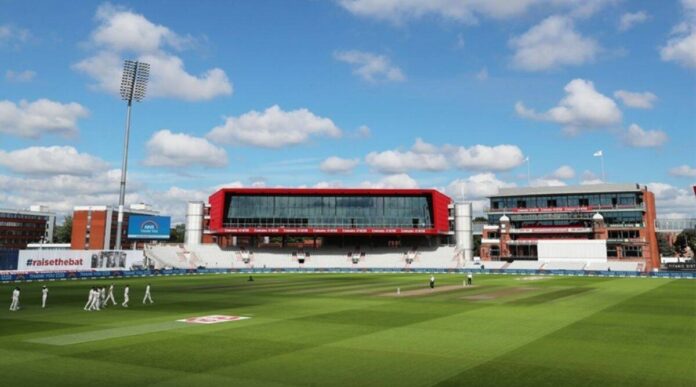 The fifth test between England and India at Old Trafford was cancelled barely two hours before its scheduled start on Friday after the tourists failed to field a side following a COVID-19 case in their camp.

India were 2-1 up in the series heading into the final test but the match was thrown into doubt on Thursday after their physiotherapist Yogesh Parmar tested positive for the novel coronavirus. read more

“Due to fears of a further increase in the number of COVID cases inside the camp, India are regrettably unable to field a team,” the England and Wales Cricket Board (ECB) said in a statement.

The ECB initially said in the statement that India had forfeited the match but later retracted that.

The Indian board said the well-being of the players was of “paramount importance” and that the match would be rescheduled at a later date without elaborating when that could be.

“Both the Boards will work towards finding a window to reschedule this test match,” the Board of Control for Cricket in India (BCCI) said in a statement.

“The BCCI would like to thank the ECB for their co-operation and understanding in these trying times.

“We would like to apologise to the fans for not being able to complete an enthralling series.”