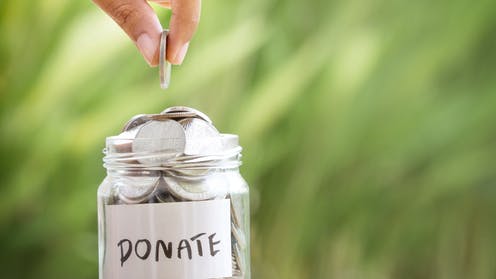 The number of people in the UK regularly giving to charity has declined for the third year in a row, according to the largest multi-year study of giving behaviour in the UK.

The Charities Aid Foundation’s UK Giving report found that the proportion of the British public who are either giving money to charity directly or are sponsoring a friend or family member dropped to 65% in 2018 from 69% in 2016.

UK Giving 2019 findings are based on monthly interviews and include a yearly total of more than 12,000 individual interviews. The report covers data collected over three years (2016, 2017 and 2018).

“With three years’ worth of data, we can now see a clear trend in people’s charitable giving and it is headed in a worrying direction,” said Susan Pinkney, head of research at the Charities Aid Foundation.

When it comes to trust, fewer than half of those surveyed (48%) said they believed charities to be trustworthy. A further 21% of people said they do not believe charities are trustworthy, an increase from 19% in both 2016 and 2017.

“If people lack trust, that means they worry that their hard-earned money is not being well spent when donated to charities,” said Pinkney. “This is a challenge that the entire charity sector needs to tackle head on and find ways to inspire people to give and demonstrate to them that their money is making a difference.”

Although fewer people report that they are giving money, those who do give are giving higher amounts. As a result, the overall household amount given in 2018 remains comparable to 2017 at £10.1 billion.