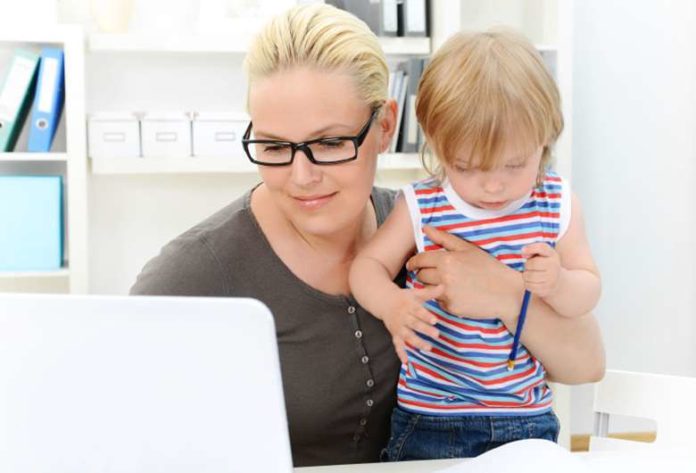 Working parents’ ability to “switch off” from their work is being undermined by the rise of modern communications, with almost half agreeing the boundaries between home and the workplace have blurred, according to the most authoritative annual survey of working families in the UK.

The 2020 Modern Families Index reveals that while over half of parents are working flexibly, badly designed jobs have left many parents struggling to cope with the competing demands of home and the workplace. The survey shows that substantial portions of the working population aren’t benefiting from work-life balance improvements – often struggling to reconcile the pressure to “go the extra mile”, unmanageable workloads and an “always on” culture with their need for family life and good health.

The Index, which surveys more than 3,000 parents from across the UK, has been published by work-life balance charity Working Families and Bright Horizons since 2012. This year’s survey coincides with the government’s plans to legislate to improve support for working families, following its commitments in December’s Queen’s Speech

The latest data reveals that half of working parents believe their employer cares about their work-life balance, an increase from 42% in 2015. More than half (55%) now enjoy flexible working hours or work from home. Millennial parents (those aged 35 or under) are leading the way, with 62% working flexibly – not only because of their childcare responsibilities but also to help manage their wellbeing and to pursue outside interests.

But the number of parents working flexibly drops to just over half (51%) amongst those aged between 36 and 55, evidence that many employers are still ignoring their people’s need for fulfilled family lives.

Amongst parents who do not work flexibly, more than three quarters (77%) indicated they wanted to. Almost a third (32%) reported it was “not available” where they worked.
Flexibility is also linked to seniority and salary. Better paid, white collar workers appear to be getting the best deal

Meanwhile, technological innovations are making it harder for working parents to maintain boundaries between work and the home.

The 2020 Index reveals that 44% of parents check emails or do other work in the evening; three-quarters of these feel they have no choice in the matter. Forty-seven per cent of working parents reported that technology has blurred the boundaries between work and home, whilst 25% said that technology has not affected their work-home boundaries. Those who felt the boundaries were too blurred also reported poorer wellbeing.

Almost half of all parents able to work remotely reported that doing so had probably increased the hours they work.

This comes alongside evidence in the Index that many parents are putting in extra hours as they attempt to manage unwieldy, poorly designed jobs. 60% of parents working extra hours reported that doing so was the only way to deal with their workload. More than half of these said working extra hours is part of their company’s culture.

The detrimental effects of this were clear, with parents in ‘work mode’ outside of their contracted hours more likely to report they feel stressed (72%) and that work impacts negatively on their relationships with partners and children. Some 54% of parents staying in ‘work mode’ said work led to arguments with their children, and 57% said it contributed to arguments with partners.

Hostile workplace cultures mean many working parents don’t always feel they can be honest about their caring responsibilities, often for fear they will be seen as less committed to their job. Thirty-seven per cent of working parents in the Index faked illnesses to meet family obligations, and 38% have lied or bent the truth about family obligations that clashed with their work.

Work-life balance aspirations are de-gendering. The Index reveals that a similar percentage of fathers and mothers strive for increased work-life balance through downshifting to a less stressful job or reducing their work hours. Expectations for a better work-life balance are most noticeable in millennial parents, who are almost twice as likely to consider taking a pay cut and working fewer hours than working parents over 35.

Nearly a third of parents share childcare equally—the vast majority doing so by choice—- indicating significant long-term changes since the 1970s, when fathers’ involvement with children averaged less than 15 minutes a day.Men now spend 16 hours a week doing unpaid care work (childcare and household chores). However, the figure is 26 hours a week for women.
Women are far more likely to work part-time than men: 40% of mothers in the Index work part-time, compared to just 4% of fathers. This has an impact on mothers’ earnings: 43% of mothers surveyed earn less than £15,000 a year, compared to 16% of fathers.
Short paternity leave and long maternity leave—and the fact more mothers than fathers reduce their hours when they return to work—perpetuates the idea of mothers as carers and fathers as workers, often to the detriment of both.

“Flexible working is crucial to supporting parents in balancing their working and caring responsibilities. However, flexibility alone is not enough. Companies should ensure that their staff have ‘human-sized’ roles, with managers who lead by example and keep their own work-life boundaries distinct. In some ways, technology has helped parents get a better work life balance, as it has allowed for more remote working and innovative ways of collaborating. But this needs to be properly managed as work and home boundaries become increasingly blurred.”