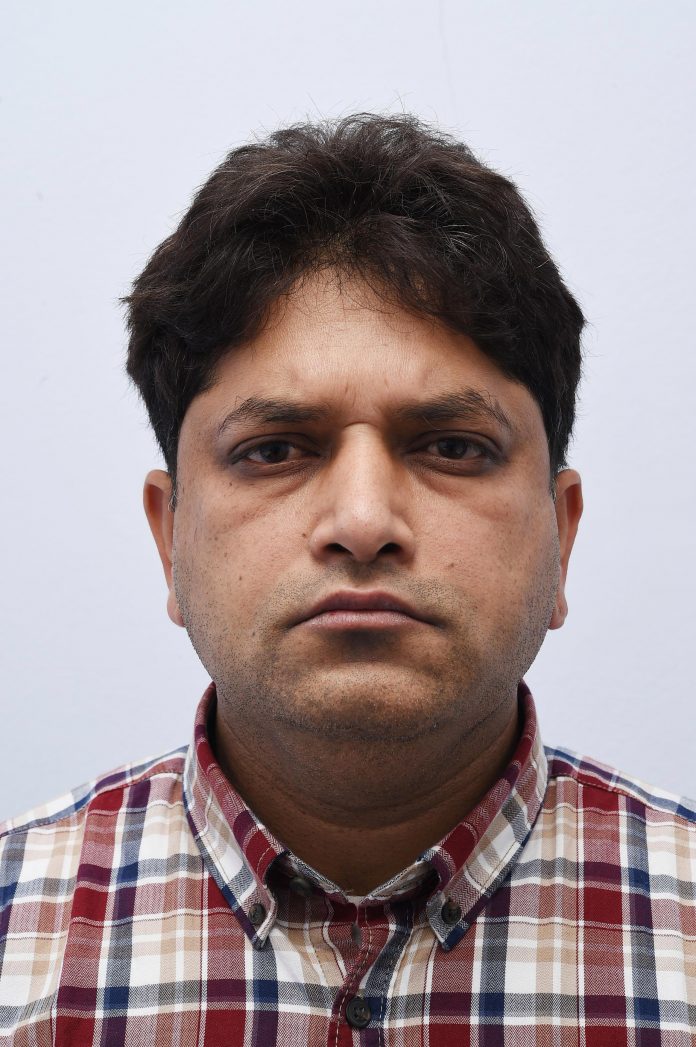 The man who attempted to carry an explosive device through Manchester Airport, was released and later boarded another flight has been jailed.

43 year old Nadeem Muhammad of Tinline Street, Bury has been sentenced to 18 years in prison, with an extended license of five years, after being found guilty of possession of explosives with intent to endanger life.

Muhammad was planning to travel to Italy on a Ryanair flight when he attempted to pass through security at Manchester Airport, with the suspicious item in his hand luggage in January this year.

An airport security officer spotted the small device, which contained about 10grams of gunpowder, as it went through the x-ray scanner and Muhammad was stopped and questioned.

Airport staff assessed the device  as unlikely to be viable after after being interviewed, he was not arrested but was stopped from flying that day.

The court heard that airport security manager Deborah Jeffrey had even put the device into her pocket before passing it to police.

He returned to the airport six days later and boarded a flight to Bergamo in Italy and was arrested on his return whe the device was determined to be viable.

The judge criticised airport security for making a “wholly erroneous and potentially dangerous” conclusion that the bomb was not viable after it was seized by officers.

Judge Field said Muhammad would “undoubtedly” have carried the bomb on to the plane or into the airport’s departure lounge where he would have detonated it, and said he had been “alarmed by some of the evidence in the case”.

ACC Russ Jackson, responsible for the North West Counter Terrorism Unit, said: “This afternoon, Muhammad has been sentenced to 18 years in prison.

“He was planning to travel to Italy via Manchester Airport. As his luggage passed through security, staff detected a suspicious item in his hand luggage.

“There were initial examinations of the device and Muhammed was questioned by airport security staff and then police officers.

“His account at the time was that he knew nothing about the device, he had never seen it before.

“He was interviewed by police officers and the item and his phone were seized for examination.

“Based on the circumstances and information at the time, he was not arrested but was stopped from flying whilst the interview and initial device examination took place.

“It was only when the item was examined forensically days later that it was found to be a potentially viable device. At this point efforts were immediately made to arrest Muhammad.

“The device which consisted of three AAA batteries and the shell of a marker pen when examined in the laboratory was found to contain just under 10 grams of gunpowder and dressmakers pins.

“As the judge indicated today, this could have caused “not inconsiderable damage” to property and injury to people close to the device.

“We cannot be certain what risk this device presented and may never know Muhammad’s intentions unless he decides to tell us.

“I want to be clear that we accept there were errors made in the assessment of this item.

“Our debriefs of staff have shown that Muhammad’s explanation, his demeanour when stopped, the absence of any concern in background checks and the actual initial assessment of the device, certainly led to the view at the time that this was not a suspicious incident.

“This was wrong and when the true nature of the item became clear, immediate steps were taken to arrest Muhammad and he has been successfully prosecuted and today sentenced to 18 years in prison.

“What should be made clear is that airport security screening was effective and the device found. I also want to explain that both airport and police have reviewed our security procedures to ensure that proper operating procedures are followed on every occasion where there is a suspicious incident.

“Since January, there have been several occasions when these have been tested and procedures have worked effectively, although thankfully on each occasion the incidents have been false alarms.

“This is an extremely serious incident at a time when people are concerned about terrorism, especially here in Manchester and whilst it should be acknowledged that the security checks were effective in finding the item, the assessment of the device should have been more comprehensive and taken place sooner.

“These lessons have been learned and reviews of operating procedures have already taken place.”