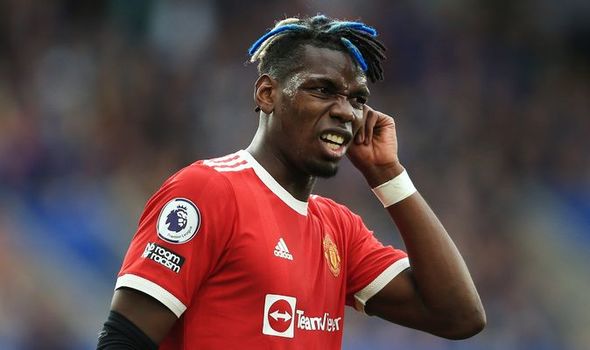 The dogs on the street know that all has not been rosy in the garden between Manchester United and Paul Pogba in recent months.

Pogba hasn’t played for the club since suffering a hamstring injury in October, and agent Mino Raiola has made noises about his star client walking away from the club. A move to Real Madrid when the star’s contract is up this summer has been floated, though there has been some optimism in the United camp in recent days that Pogba may sign a new contract.

Fellow French midfield legend Emmanuel Petit, however, urges both camps to cut ties, and sooner rather than later, and is of the belief that a parting of ways would suit both parties.

“I believe the link is broken between Paul Pogba and Manchester United,” Petit told Bookmakers.com.

“You can see in his body language that he is not happy, it is obvious. You don’t have to be an expert to understand that. In the last few years, he has been hit by so many injuries and I just believe it is time for him to leave the club.

His future is just not at Manchester United. They also get no benefit out of a player that is clearly not motivated anymore either. Which means they need to find the best solution for both of them.”

Another unhappy Frenchman on United’s books in recent months is Anthony Martial. A recent spat with Ralf Rangnick, who claimed the player refused to join up with United’s match day squad against Aston Villa, has soured the player further, and he took to Instagram to refute Rangnick’s claims.

Petit believes that Martial is another player that would prosper for a move away from United, and called on the player to make the right decision for himself.

“I understand that Anthony MartiaI represents a value for the club, but he is not happy there,” said Petit.

“He shouldn’t come back to France though. When he left Monaco so young, to join one of the biggest clubs in the world and you spend seven seasons there, it’s not all for returning to France straight afterwards.

If I was Martial, I would make my mind up very quickly. There are links to Spanish clubs, he could go there. But, I still believe he has a future in the Premier League.”